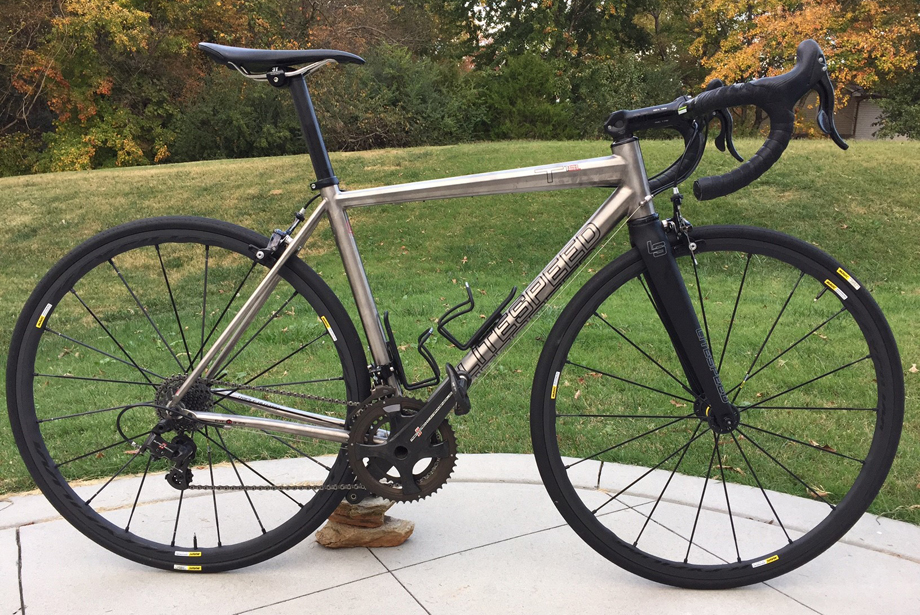 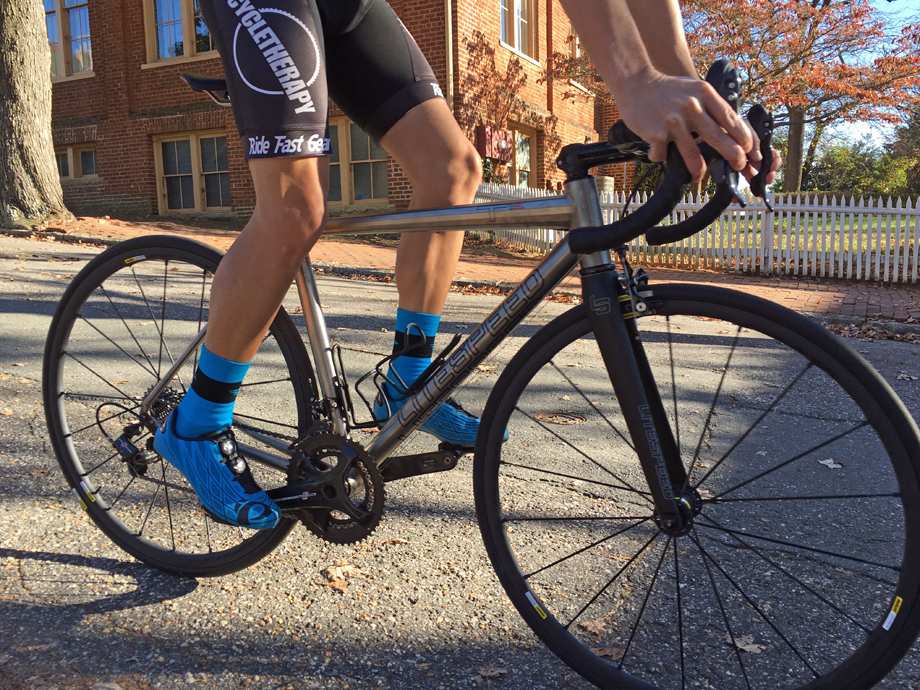 What made you choose this bike?
When I was in college in the early to mid 90’s I was a mountain biker and it was quite a time for full suspension evolution to say the least. A guy we rode with bought an Owl Hollow FS and I thought that was the coolest bike I had ever seen. That’s the first time I really remember seeing a Litespeed in person. I moved to Chattanooga (where Litespeeds are manufactured) in 2000. That is when I bought my first Litespeed…a 1999 Tuscany. That was a great bike, but I have a problem. I want to try new bikes frequently so I had to let it go. Over the years I have owned a 2003 Antares, 2005 Ultimate and most recently a 2006 Vortex Compact frame that I bought in January of 2016. I had always wanted one of that model year Vortex because the tube shaping was incredible and different from anything out there at the time. It only took me 10 years to get it.

When the T1SL was released in summer of 2015 I was hooked because of the advertised weight of the frame (1000 grams). Eyeballing the standard T1 for years I just couldn’t pull the trigger because I thought it was too “heavy” because I still race and mostly enjoy climbing. There are no dealers around here to try the bike out so when I was at the World Championships in Richmond last year Litespeed had a booth set up showcasing their bikes. It was there that I got to pick the brain of Head Designer and Engineer Brad Devaney. I had watched some videos with Brad being interviewed about their bikes over the years, but getting to speak with him in person was a treat. Unless you go custom, how often do you get to talk to the person who designed your bike? By talking with him it was obvious he has a passion for bikes and it was nice of him to take the time to talk. I left Richmond with a fresh catalog in hand and a wife who had to listen to me talk about it.

Brad gave me his card and the contact of the National Sales Director Chris Brown to get me going since I wasn’t near a dealer. It took me over a year of waiting for the right time, but I was finally able to get one through my local bike shop. So I have to thank Brad, Chris and Dave from Litespeed and also Mike from Cycletherapy for making it happen. 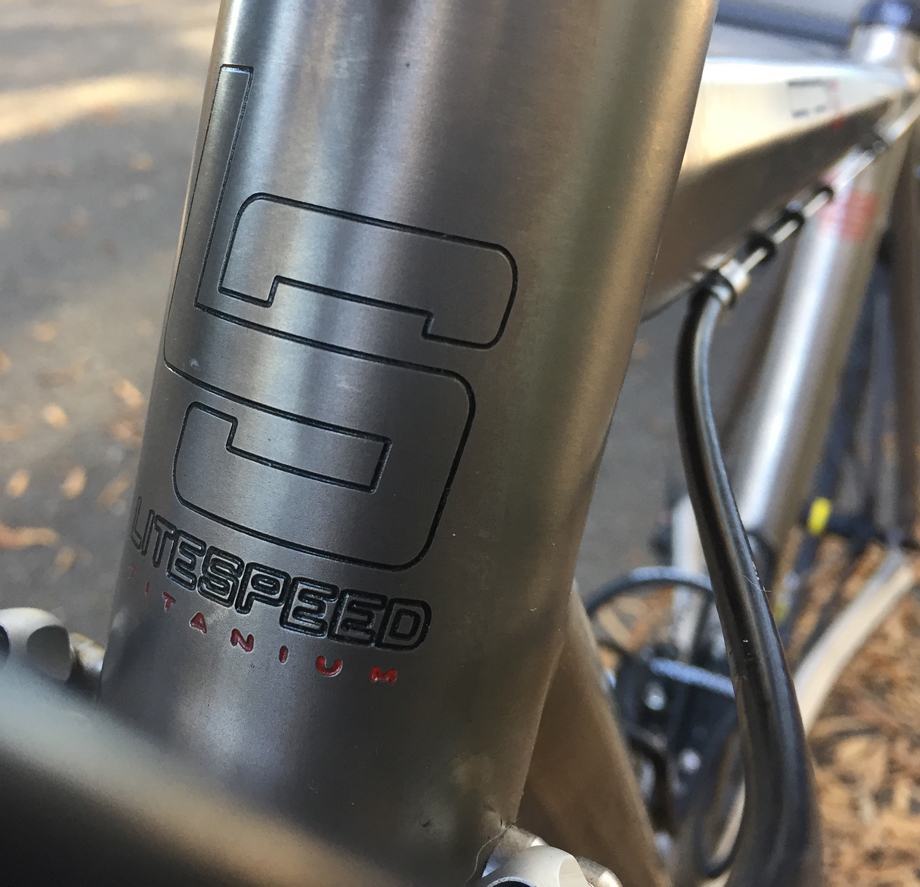 What modifications/additions have you done?
I just purchased the frame and fork new. There are some new things, but mostly the parts came off of the 2006 Vortex that I built in January. 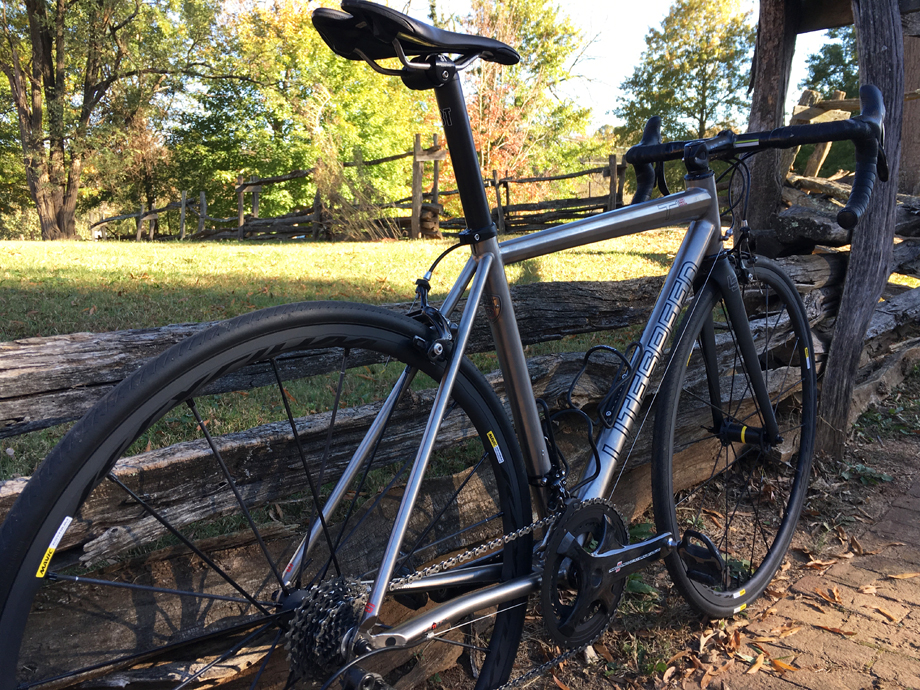 How many miles/kilometers do you do a year?
6000-7000 miles this year which included trainer time.

What do you love about this bike?
It’s hand made in my home state of Tennessee. I would love to see more Litespeed’s on the road, but at the same time it’s nice that they are not that common. Without sounding too much like a manufacturer’s catalog the bike has a much more forgiving ride than I was expecting and that is running narrow rim Ksyrium’s. 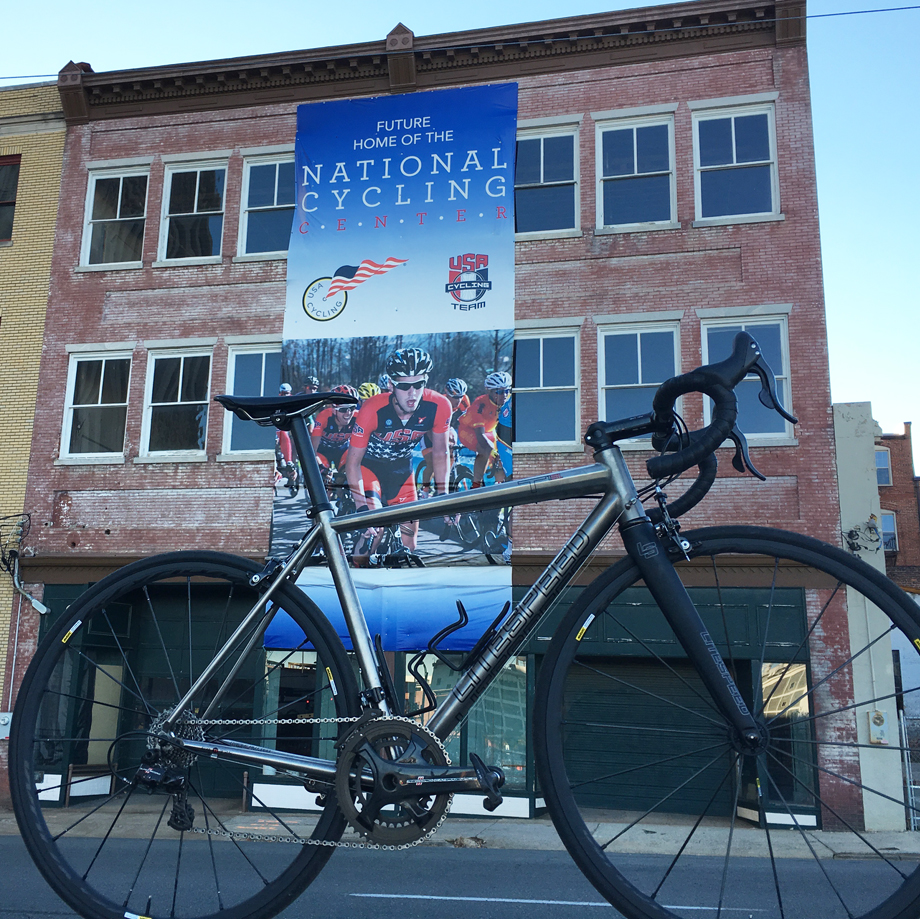 Favorite riding experience on your bike?
One September, fourteen of us rode from Winston-Salem, NC to Cherry Grove, SC in a day. We rolled out at 5:45 am and arrived in Cherry Grove about 8pm with 220 miles logged on Strava. We stopped and ate/recharged along the way and just generally had a great day on the bike. As one guy that was with us said, “At some point it had to stop being fun”. That was about mile 190. He was right. Once you realize you are going to make it you get a mental and physical recharge and are good to go for the final push into town. Amazingly, between the fourteen of us and north of 2500 combined miles we had zero mechanical problems. 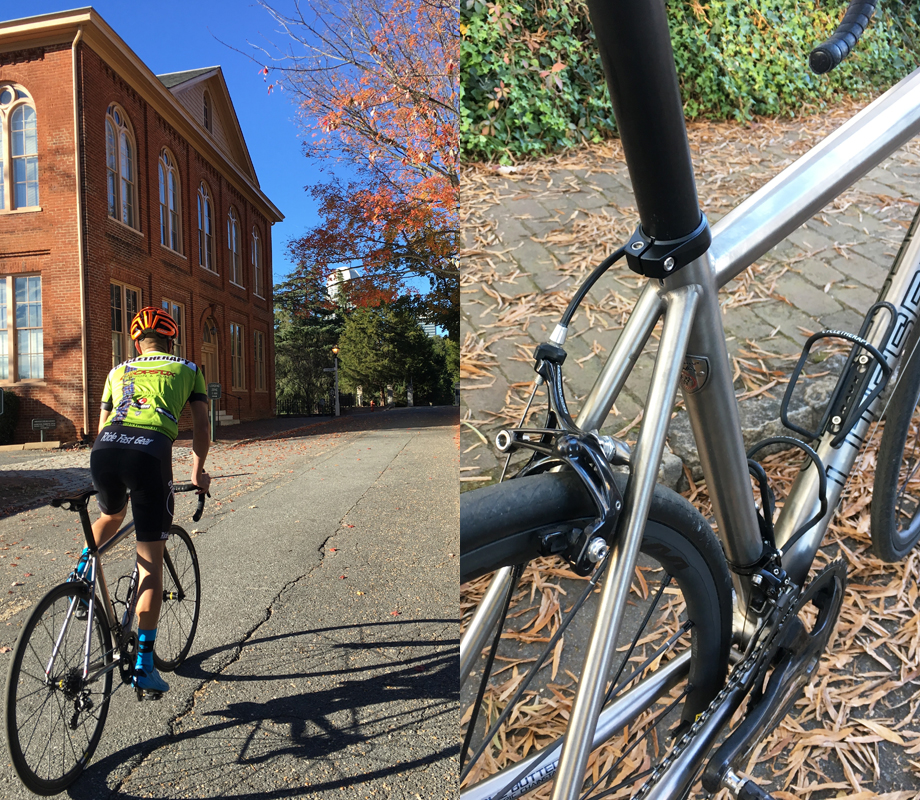 A close second would be the Bookwalter Binge I did last weekend in Asheville, NC. It was run by Brent and his wife Jamie. It was 83 miles of some of the most beautiful fall scenery that I have ever had the pleasure of riding through. Although there are 3 timed climbing segments on the route there is no first across the line winner so most everyone regrouped at the top of the climbs and treated the ride as a social group ride. 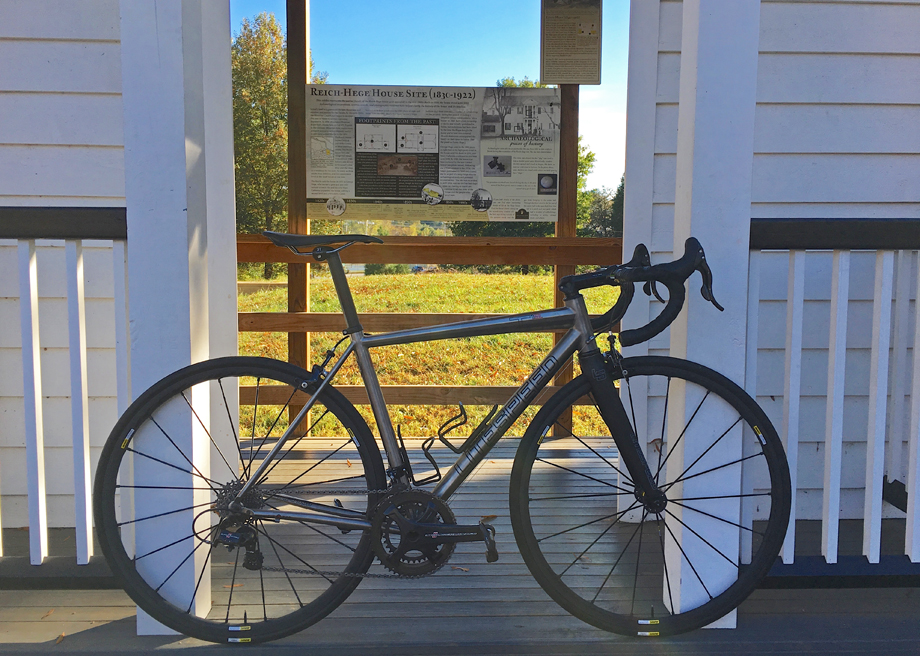 Future upgrades?
None that I can put here. My wife will read this.

Last words?
I’m motivated to get out and ride by the people that don’t have the abilities that I have. It’s easy to take health for granted.

Thanks to Mitch for sharing his ride with us. Got a bike that you’re proud of? Well how about sharing it with fellow PEZ fans and getting it featured in Readers’ Rigs so we can all stare at it! Send us a Readers’ Rigs submission direct to [email protected] and your bike could be featured in all its glory here on the pages of PEZ.