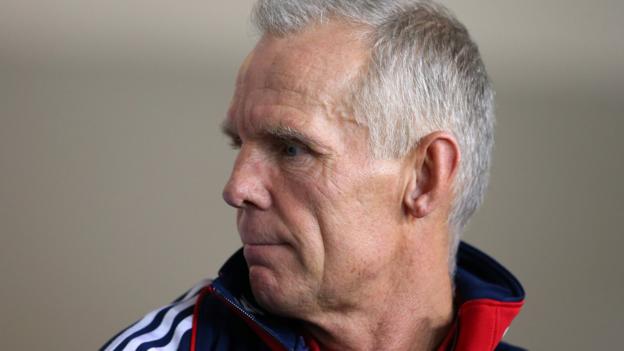 Dr Richard Freeman’s lawyer has told his medical tribunal that former British Cycling performance director Shane Sutton was handed a coke can full of urine by a current coach to try to avoid a positive drugs test while he was a rider.

The claim was one several allegations made by defence lawyer Mary O’Rourke as she outlined the questions she would have put to Sutton had he not walked out of the hearing on 12 November.

The independent tribunal has been called by the General Medical Council to assess former British Cycling and Team Sky doctor Freeman’s fitness to practise.

Sutton – who has not returned to the tribunal – previously denied O’Rourke’s claims that he is “a liar, a doper and a bully”.

O’Rourke alleged that Sutton was taking part in the Tour of Ireland when he was handed a can of urine by a current British Cycling coach.

She also listed a number of allegations concerning Sutton, including:

Before walking out of the hearing, Sutton called O’Rourke a “bully”, accused her of telling “a million lies”, and said he had never tested positive in 100 tests during his cycling career.

Dr Freeman has not attended the hearing since Sutton described him as “spineless” during his appearance.

On Monday, O’Rourke said Sutton left the tribunal because he was “hiding the truth” about why testosterone was ordered to the National Cycling Centre in 2011.

She also said he could not “deal with” the further allegations “he knew were coming”.

She said: “He would have been exposed in public. If he had nothing to fear he would have stayed. He knew he was going to have material put to him that he couldn’t deal with.

“His evidence is tenuous, not credible and he would have been exposed as a liar and doper.”

Freeman, who left British Cycling in 2017, admits 18 of 22 charges against him including ordering testosterone to the National Cycling Centre, trying to cover up the order and lying to a UK Anti-Doping investigation.

BBC Sport has asked for responses from Sutton and British Cycling.