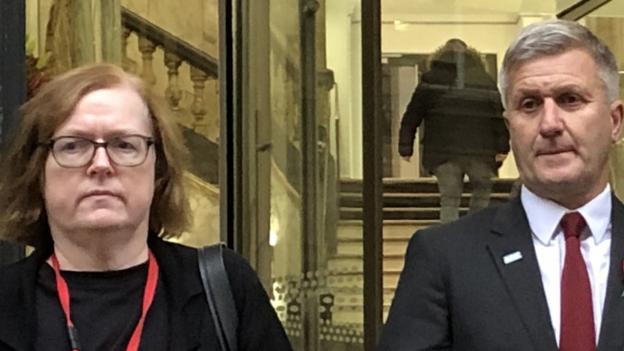 Dr Richard Freeman did not attend his medical tribunal on Monday after feeling “upset” by media reports of the hearing over the weekend.

The former British Cycling and Team Sky doctor denies ordering 30 sachets of testosterone gel to British Cycling headquarters in 2011 knowing or believing it was intended for an athlete to enhance performance.

He claims he was “bullied” into ordering it by former performance director Shane Sutton, who denies the accusation.

Freeman’s absence came after it was decided on Friday that Sutton’s evidence would be admitted to the tribunal and discussion about further delays to the hearing, which is set to last until 20 December.

Mary O’Rourke QC, representing Freeman, said her client would not be able to attend the tribunal in the New Year because he had been prescribed a skiing holiday by his own doctor.

That had led to media coverage which had “caused Freeman some distress” O’Rourke said.

“He was supposed to be with us today, but he didn’t feel able to come as a result if being upset of media coverage over the weekend,” she added.

O’Rourke, who had asked for Sutton’s evidence to be thrown out after he stormed out of the hearing last month, also sought clarification from the panel regarding her own conduct when questioning the Australian.

In explaining its decision to keep Sutton’s evidence in, the panel said “Sutton’s unwillingness to continue to be cross-examined arose directly out of his perception of unfairness and bullying engendered by Ms O’Rourke’s approach to him”.

Informed of that clarification, O’Rourke said she would resume her half-time submission to have the four remaining charges thrown out.

But she first asked that the hearing replayed her cross-examination of Sutton so she could count “the number of times that voices were raised and the table was thumped”.

During cross-examination, she said that Sutton was “a liar, a doper and a bully” but on Monday added that she and Freeman “had a real fear” of what might happen.

Freeman, who has been classed as a vulnerable witness appeared behind a screen when Sutton gave evidence, but O’Rourke said they feared he might “tear the screens down and come at us”.

Freeman has not attended the hearing since that day after what O’Rourke called an “adverse reaction”.

The tribunal has been called by the General Medical Council to assess whether Freeman is fit to practice medicine.

Freeman, who left British Cycling in 2017, is contesting four of 22 charges against him.