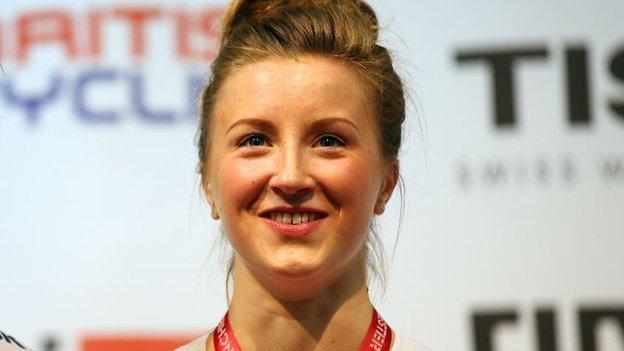 Great Britain’s Vicky Williamson has announced she is switching sports from track cycling to bobsleigh.

The 26-year-old returned to racing in January after three years out because of serious injuries sustained in a crash in Rotterdam in 2016.

In February, she and Katy Marchant came 14th in the team sprint event at the Track World Championships in Poland.

“I’m sad to be moving on from cycling, but I’m excited about what could happen in bobsleigh,” said Williamson.

“My crash in 2016 changed my life, and although it has inhibited my ability to excel to the top of the sport, my athletic capability has still allowed me to continue in elite sport.”

Williamson won bronze with Becky James in the team sprint at the 2013 Track World Championships in Minsk.

In January 2016, she fractured her neck and back, dislocated her pelvis and slipped a disc in her neck after colliding with Elis Ligtlee during the omnium final at the Six Days of Rotterdam.

She said afterwards that she was lucky not to be left paralysed and lost the feeling in her lower left leg before undergoing extensive rehabilitation.

The Norfolk-born rider returned to racing at the Track World Cup in Hong Kong earlier this year.