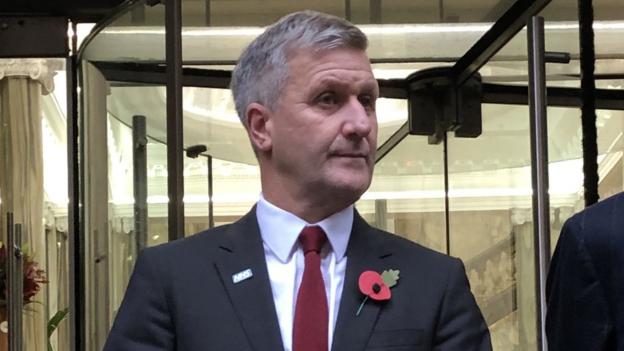 Dr Freeman is appearing at a hearing at the Medical Practitioners Tribunal Service (MPTS) to determine his fitness to practise medicine.

Freeman, employed as a doctor by British Cycling and Team Sky for six years, has been charged with ordering testosterone to help an athlete’s performance in 2011.

He says 30 sachets of Testogel were for Sutton, who has denied that claim.

She said they would call on former British Cycling head of medicine Dr Steve Peters, who was also Freeman’s boss.

Last week, O’Rourke said that only Sutton would be called to the tribunal.

However, on Thursday she said Peters “might be able to assist us” and indicated that she would make an application to a newspaper to see what information they held in relation to the case.

Sutton resigned from British Cycling in 2016 after being found to have used sexist language to former rider Jess Varnish.

In witness statements, Australian Sutton denied the testosterone was for him and denied knowledge of the delivery.

Following a General Medical Council investigation, Freeman was charged with ordering testosterone to the National Cycling Centre in Manchester in May 2011 from Fit4Sport Limited in order to boost the performance of an athlete.

Testosterone is banned for use by athletes at all times under World Anti-Doping Agency rules.

Freeman is facing 22 allegations in total, including administering testosterone, making false statements and asking the supplier to falsely claim the order had been sent in error.

Only three of the 22 claims are being contested.

O’Rourke made a number of complaints during the morning, which threatened to delay further the long-awaited tribunal which could reveal details about British Cycling and Team Sky, who enjoyed unprecedented success over the past decade.

The tribunal was postponed in February after Freeman cited ill-health. Legal arguments about the nature of the charge against Freeman delayed proceedings this week.

At the start of the hearing, O’Rourke said she was “very disappointed” after a General Medical Council (GMC) application to change Freeman’s charges was granted.

In effect, it lessens the threshold for Freeman to be found guilty of ordering testosterone. Now the allegation against him does not surround his motive to supply athletes with the banned substance, but that he placed the order “knowing or believing” it was intended for athletes.

Freeman previously denied ordering the sachets in May 2011. Later that year he asked Fit4Sport for written confirmation the testosterone had been sent in error.

In the preliminary hearing last week, O’Rourke said her client will admit he had “told a lot of lies” but that his latest witness statement, submitted in September, is “the truth”.

O’Rourke also said that Freeman was made to feel “anxious” and “very concerned” after raising questions about the tribunal’s transparency.

She claimed that email correspondence between the GMC and the MPTS about witnesses was not shared with the defence.