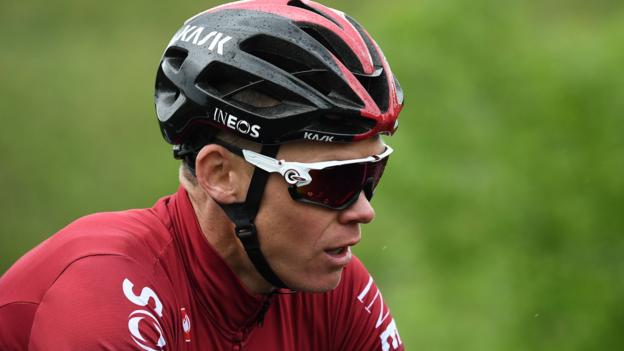 Four-time Tour de France winner Chris Froome is set for a return to cycling four months after suffering serious injuries in a crash while riding.

The Briton suffered several fractures after crashing into a wall in a warm-up for a Criterium Dauphine stage in June.

In effect an exhibition, the race marks a notable step in Froome’s recovery.

The 34-year-old broke his neck, right femur, elbow, hip and a number of ribs, as well as losing four pints of blood in the crash which came in an event he was using to prepare for the Tour de France.

Speaking in August, in his first interview since the crash, the seven-time Grand Tour winner said next year’s Tour de France was his “only goal”.

Initially thought to be facing at least six months away from cycling according to his surgeon, Froome was able to get back to light training sessions at the end of August.