Vuelta Stage Report: Rémi Cavagna (Deceuninck – Quick-Step) took the win in the medieval streets of Toledo on stage 19 of the Vuelta a España on Friday. The Frenchman was part of the early break, then in the final 25 kilometres he attacked to go solo and hold off the chasers and the peloton as they snapped at his heels. Primoz Roglic held the overall lead after a big crash splintered the main bunch. 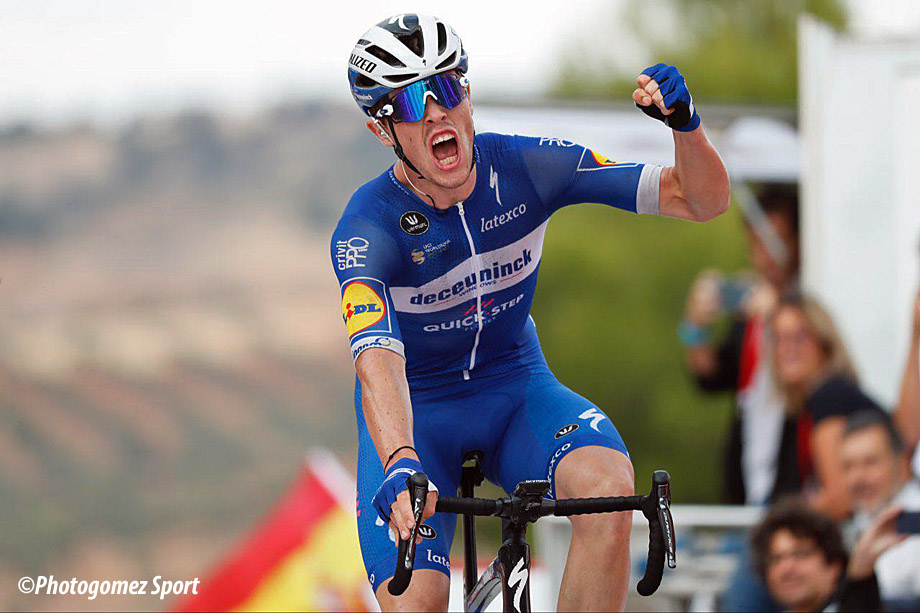 A stage in which the sprinters will strive to control the race. The finish will surprise them with a gentle 1 km climb over cobblestones in Toledo. An added challenge for those sprinters vying for victory.

On stage 19 the peloton had to cover 165.2 kilometres from Ávila to Toledo, with the only climb of the day, the Alto de la Paramera Cat.3 coming soon after the start. From the summit, the course dropped on rolling roads towards the finish in Toledo, where the last kilometre was up-hill and on cobbles. Cross-winds and echelons were expected. 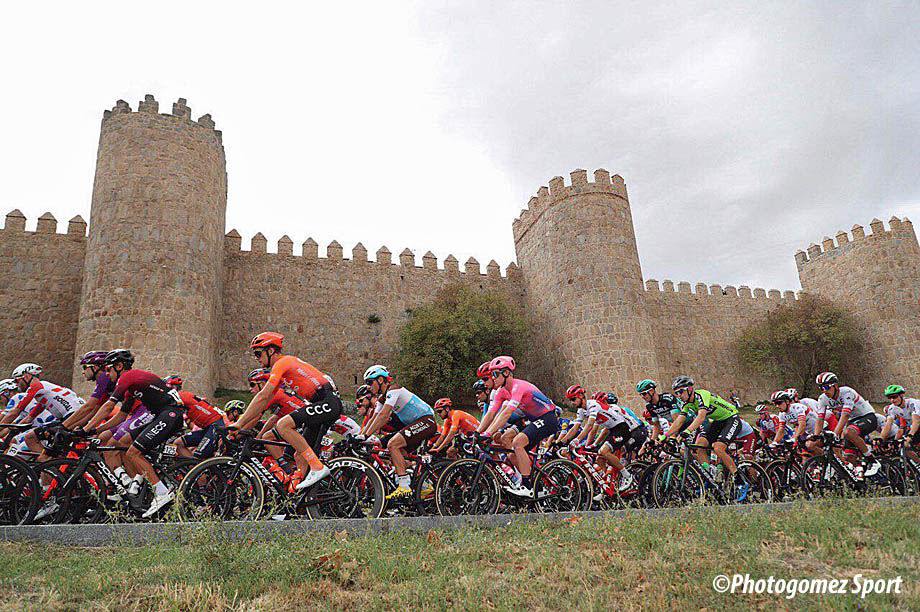 The peloton pass the walls of Ávila at the start 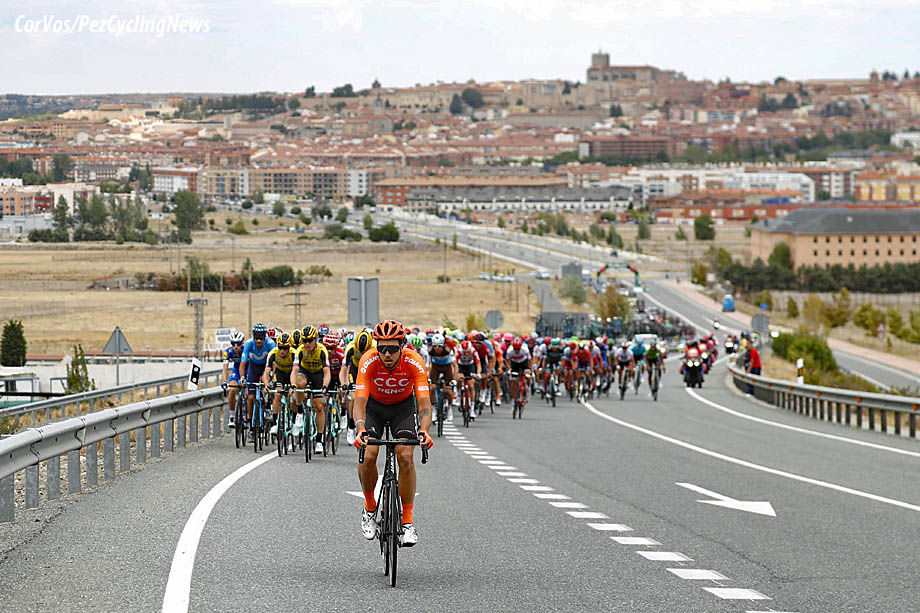 Pawel Bernas tried to get an early break going 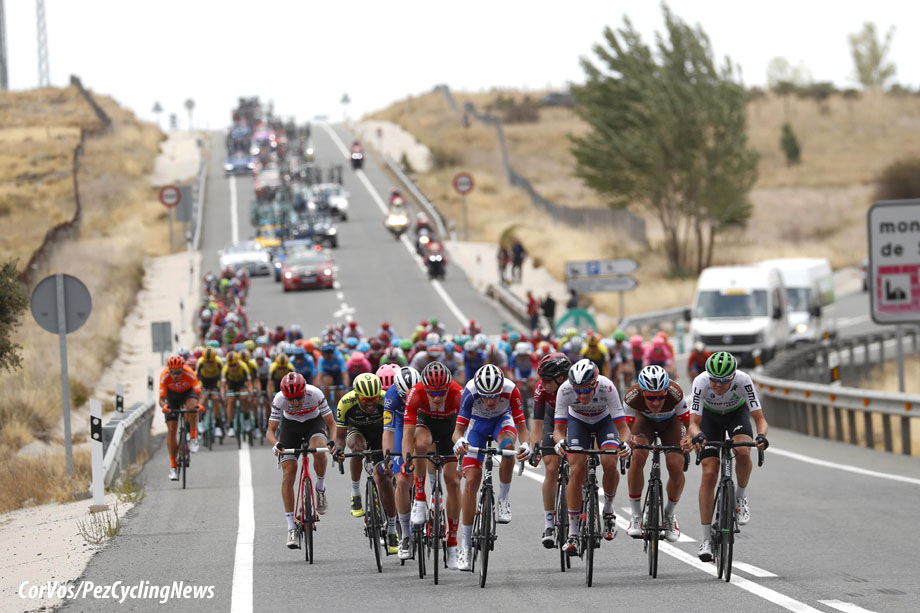 Another day of echelons

Archbold dropped back
Archbold sat up to be caught by the peloton to help his team mates, to leave only ten riders off the front. Bora-Hansgrohe worked together with CCC, Katusha-Alpecin and Caja Rural-Seguros RGA to hold the break at 4 minutes. At the start of the final 70 kilometres, the difference was barely 1 minute, when there was a big crash in the peloton. The road had narrowed and a large part of the peloton suddenly stopped, with Jumbo-Visma in the middle. Red jersey Primož Roglič and Astana’s Miguel Ángel López were involved, but both riders were able to continue. Roglič’s teammate Tony Martin and Marco Marcato of UAE Team Emirates both had to retire due to their injuries. 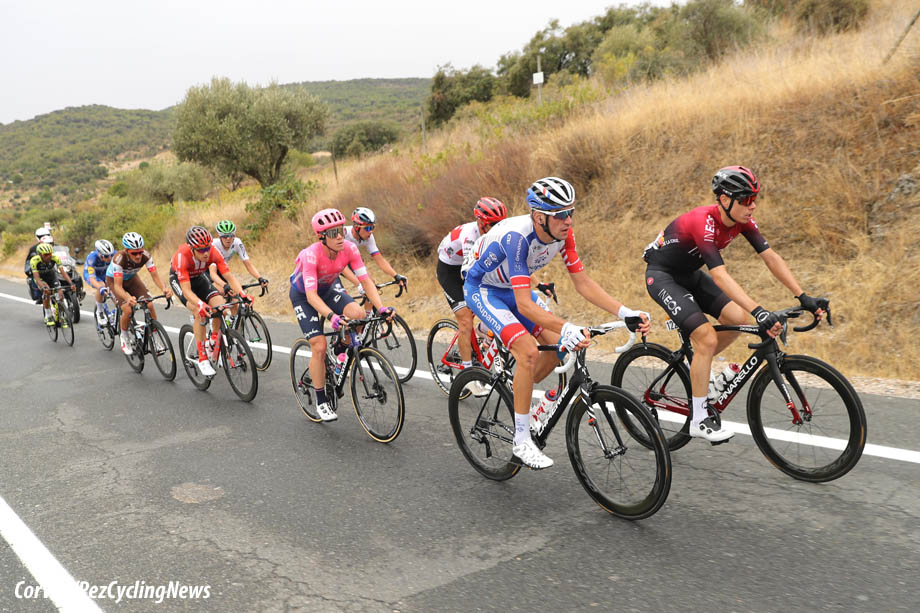 The ‘Break of the Day’

While Roglič and Lopez licked their wounds, Movistar took the initiative at the front of the peloton. The Spanish team started to lift the pace, causing big problems for the riders involved in the crash. Roglič and López had to go ‘full gas’ to catch the peloton, but eventually Movistar stopped their questionable move and they were all together with 53 kilometres to go. 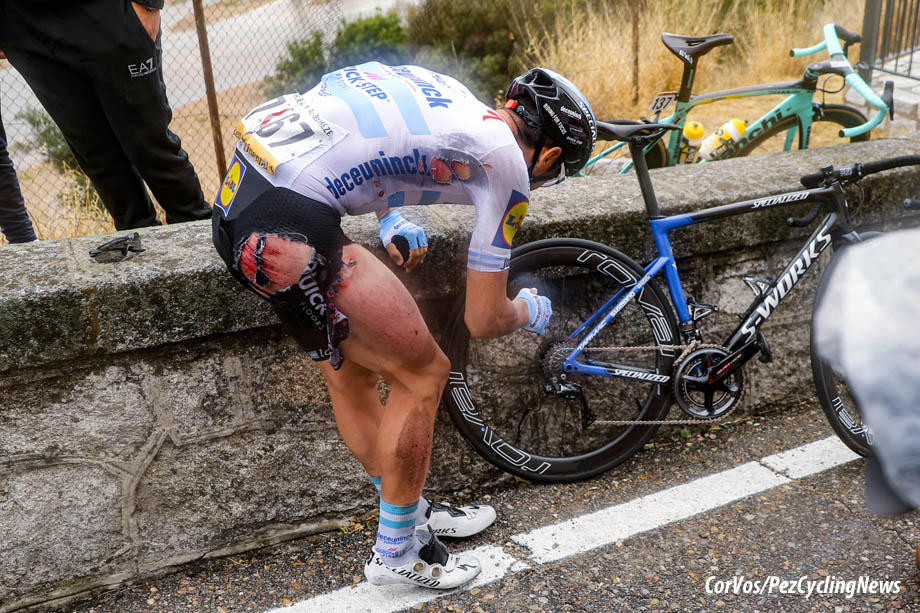 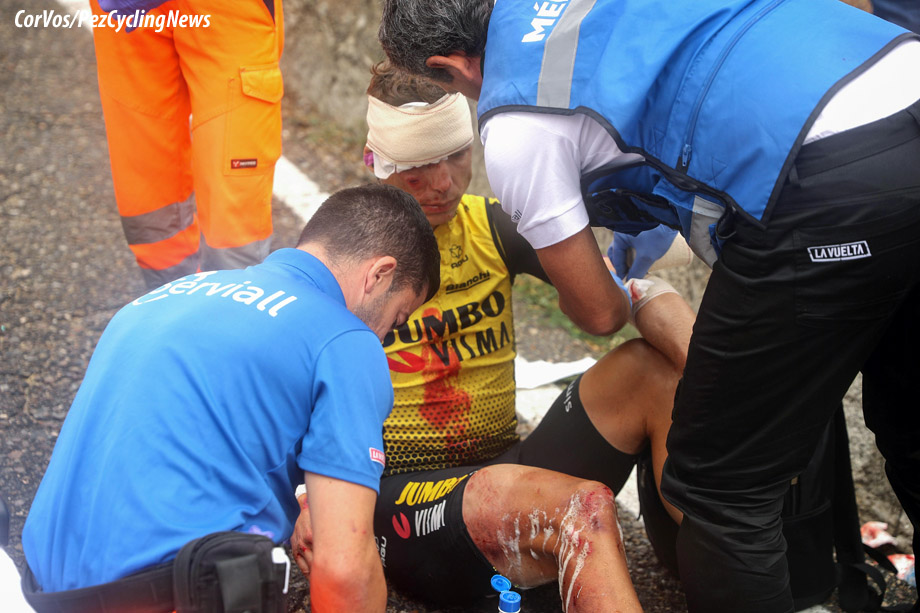 Tony Martin was the worst affected by the crash

Echelons after the crash
The action was not over as 35 kilometres from the finish the cross-wind caused a new problem. The peloton split, with Rafał Majka, López, Wilco Kelderman and Alejandro Valverde in the front group. Tadej Pogačar and Roglič had been surprised, but eventually managed to return to the front echelon. The escape pushed on looking for the win. 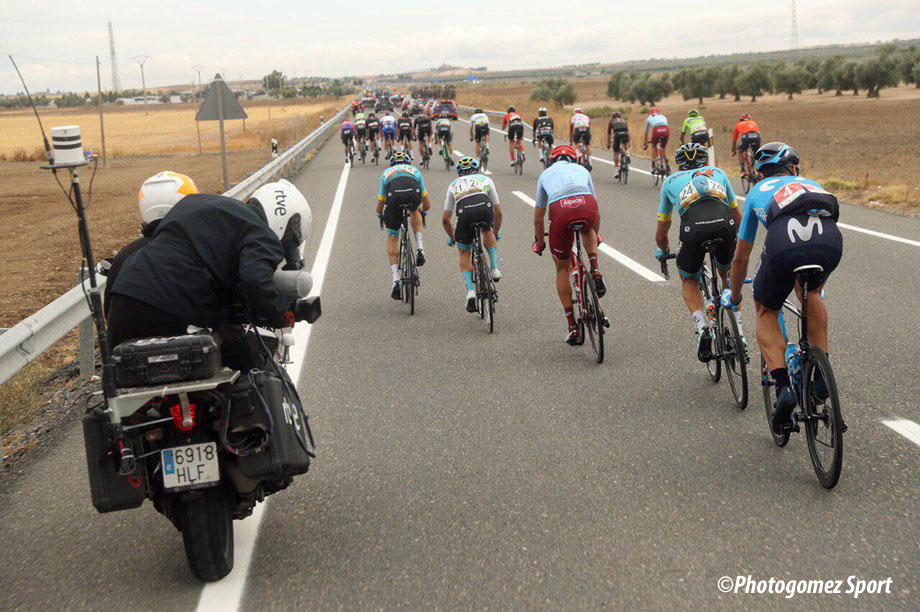 Astana and Roglic had to chase after the crash

Thanks to all the problems in the peloton, the break was able to stretch their lead to 1:30. 25 kilometres from the finish in Toledo, Cavagna put in a strong attack that looked far too early. After 5 kilometres, the Frenchman had 20 seconds on his former companions, who were being reeled in one by one by the peloton. Sam Bennett had set his sights on the win and his Bora-Hansgrohe men were powering the chase.

With a lead of 30 seconds, Cavagna started the tough final 2 kilometres, with the last up-hill, cobbled kilometre through the medieval heart of Toledo. The Frenchman never gave up and held out to the finish line. 5 seconds later, Bennett won the sprint for second place. Ždenek Štybar and Philippe Gilbert completed the success of Deceuninck – Quick-Step in third and fourth place.

Toledo and the finish 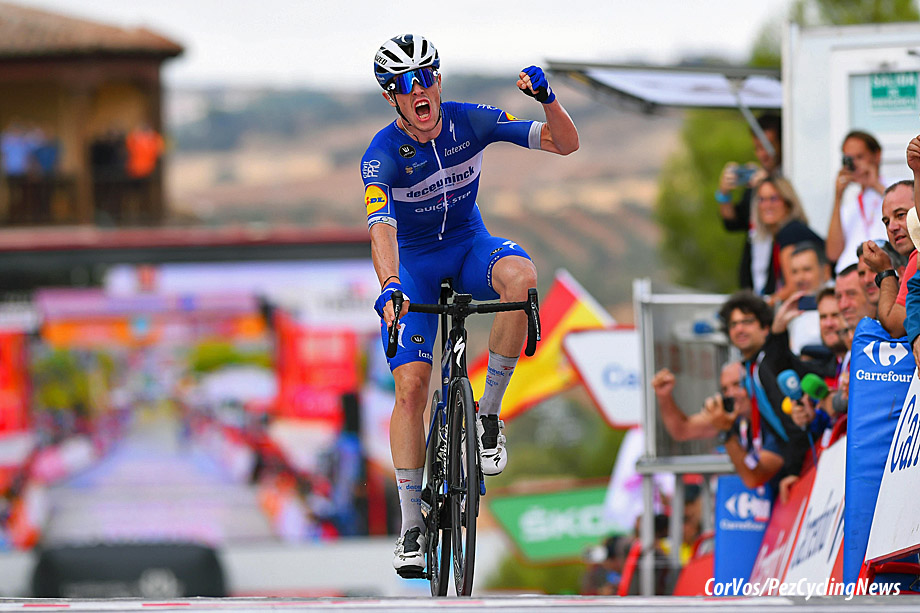 Another win for Deceuninck – Quick-Step, this time Rémi Cavagna