Rider Interview: Ed Hood spoke to Adam Lewis back in 2017 as a ‘Young Gun’ when he hit the Belgian roads. Adam is now riding for the Dutch Continental team, BEAT Cycling Club and mixing it with the Pros. Ed caught up with Adam to hear how things have progressed on the next rung up the cycling ladder. 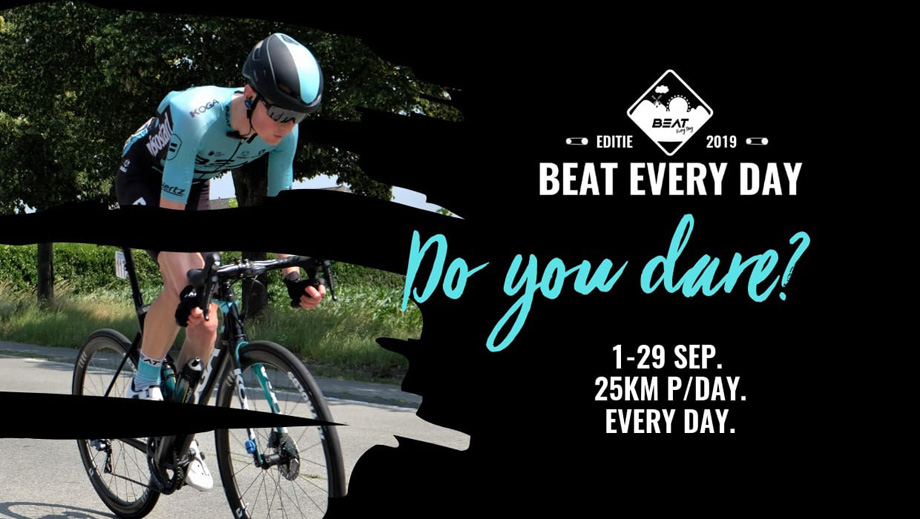 La Polynormande has been around a while, since 1980 in fact and as the name suggests it’s held in beautiful, green but rugged and rainy Normandy. It was founded by former Tour de France ‘speaker’ Daniel Mangeas, starting in Avranches and finishing in his home town of Saint-Martin-de-Landelles, describing 10 laps of a very lumpy circuit around the town. The first edition was held in 1980 as a criterium with that edition falling to French double Tour winner, Bernard Thevenet.

Another Tour winner, Lucien Van Impe won edition two and the winners over the rest of the decade are a ‘who’s who’ of French Cycling of the era – Bernard Hinault, Marc Madiot, Jean Rene Bernadeau and Laurent Fignon are all on the roll of honour. There were some big name winners in the 90’s with Toni Rominger, Djamolidine Abdoujaparov and Richard Virenque among them. ‘Tricky Dicky’ remains the only man to win the race twice – in 1995 and 1997. 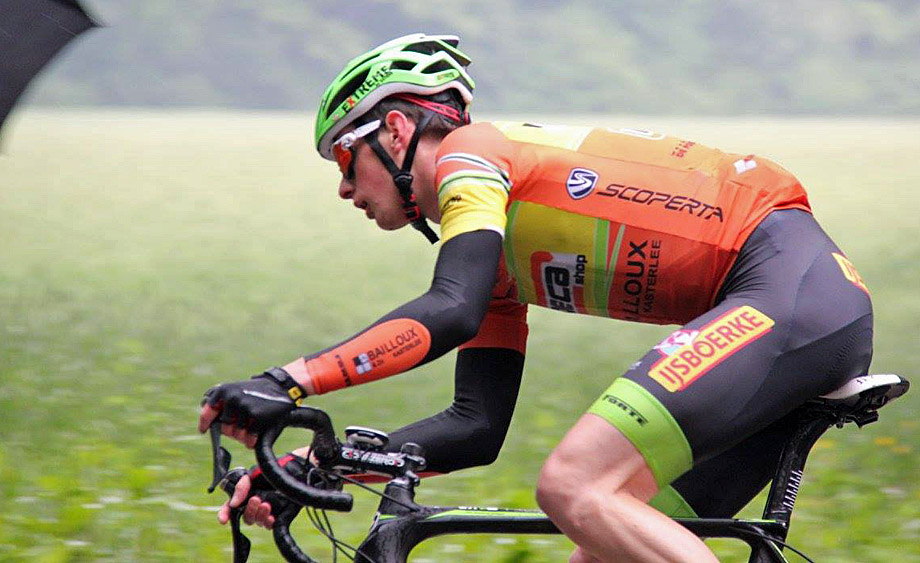 In 2003 it became a UCI categorised road race, moving up to UCI 1.1 in 2005 with that edition won by Philippe Gilbert. It’s also part of the ‘Coupe de France,’ the season-long French Cup – and as such has mostly been won by Frenchmen over the last decade. Offered a deal on murdering their grandmother in exchange for a French Cup win, most French winners would take a minute or two to decide – they are extremely hard fought and prestigious races.

This year’s edition went to AG2R-La Mondiale’s answer to Clark Kent, mild mannered and bespectacled off the bike, Benoit Cosnefroy but is one tough cookie when in the saddle. This is the 2017 U23 World Champion’s third French Cup of the year, following his successes in Paris-Camembert and the GP Plumelec-Morbihan. Perusing the results we came across a familiar name in 11th place; ‘Brit’ Adam Lewis who is with Dutch Continental team, BEAT Cycling Club. We last spoke to Adam in 2017 when he was treading the Belgian boards with some success for United-Truckstop-Imanex. 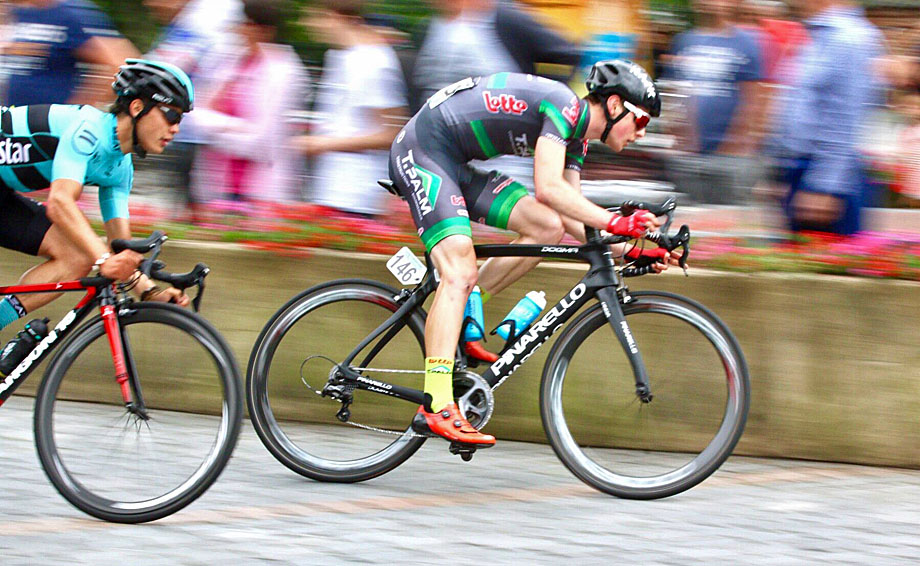 Last year he was T.Palm Pole Continental Wallon, scoring some nice wins in races like the GP des Carrieres and in Herselt. His results caught the eye of BEAT and this year he’s been riding a varied programme from Rhodes to France, Belgium, England and of course, The Netherlands. We caught up with the young man from Wolverhampton shortly after his solid ride in Normandy, which netted him 15 precious UCI points.

PEZ: We already know the answer but what was the race like?
Adam Lewis: Savage! Right from the ‘off,’ – there’s a 30K run into the circuit from Avranches, then you do 10 laps, total race distance is 179 kilometres and whilst there are no major climbers, there are four or five ‘kickers’ every lap every one of which was full gas. 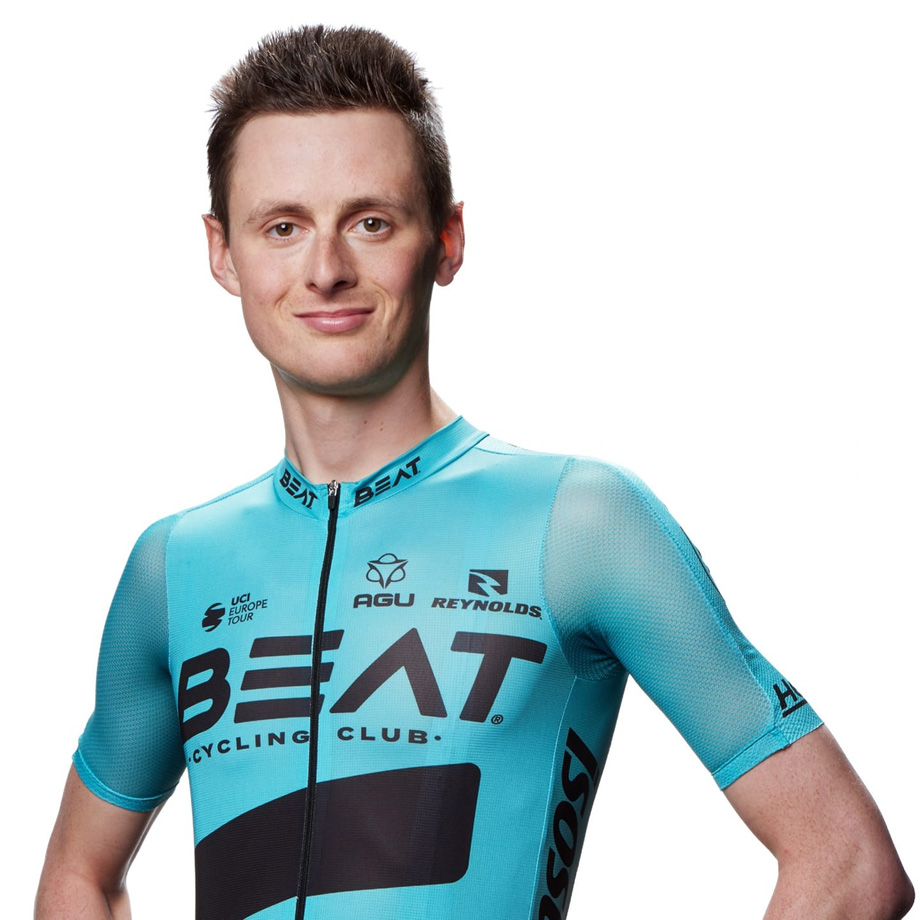 PEZ: Your best result of the year?
On paper perhaps but I was 12th on GC in the Tour of Rhodes at the start of the year and that was despite working for my team mate, Martijn Budding who won overall. And I was on course for a top 10 finish in the British Championship when I got brought down in a crash and ended up in 14th place.

PEZ: How did you get the BEAT ride?
Towards the end of last year I sent my resume out to various teams, BEAT included and in two of the races the guys from BEAT were at I rode well – my timing was good! 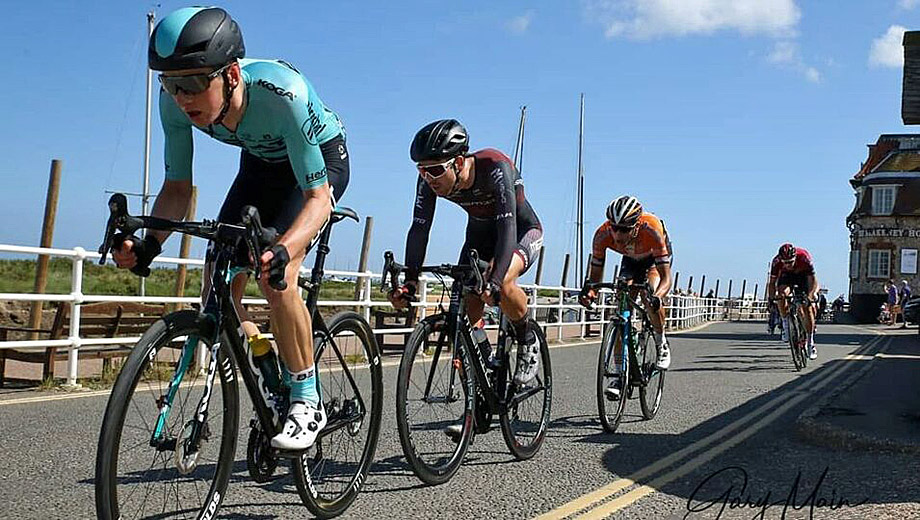 PEZ: Does the team provide an apartment?
No, I’m still staying in Belgium at Kris Van Roosbroeck’s place, he has an apartment across from his café where I stay for most of the season. My brother is over this year and staying with me, he’s doing OK as a first year U23.

PEZ: What about that Belgian TV, is it not hard on the head?
We have Netflix!

PEZ: UCI races apart are you riding the Dutch kermises?
If I’m not riding with the team in a UCI race then I tend to ride the Belgian kermises; folks think that the Belgian races are crazy but in The Netherlands it’s as if they don’t care about their lives. It’s just pure power and cross winds, in Belgium there are rolling races which suit me much better. I have a pro kermis on Thursday but before that the team has the GP Stad Zottegem on Tuesday [won by Lewis’ BEAT team mate Piotr Havik, ed.] The good thing about Belgium is that the season runs right up to mid-October so we still have 25/30 race days left. Back home in England, if you’re not riding the Tour of Britain, the season is as good as over which makes for a long winter. 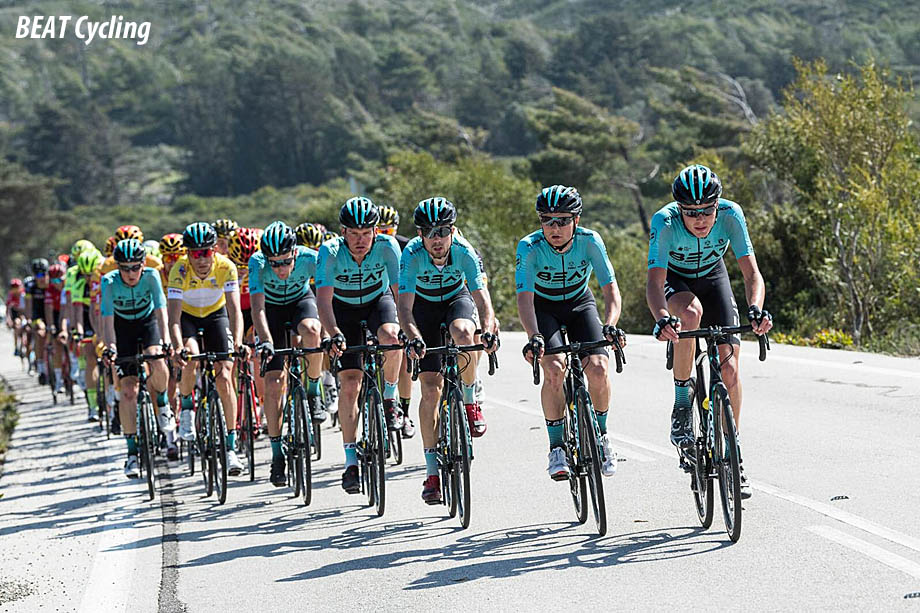 PEZ: Now that you’re on a full pro team you’ll be racing less than you did in your amateur days?
Yes, there are more gaps in the programme so I’m training more – but that allows you to focus on races and build up to them, I’m getting used to it.

PEZ: Does the team provide coaching?
AL: They gave me the choice when I signed my contract either to be coached by the team or remain with my own coaching set up; I chose the latter and I’m still with Neo Pro Coaching. 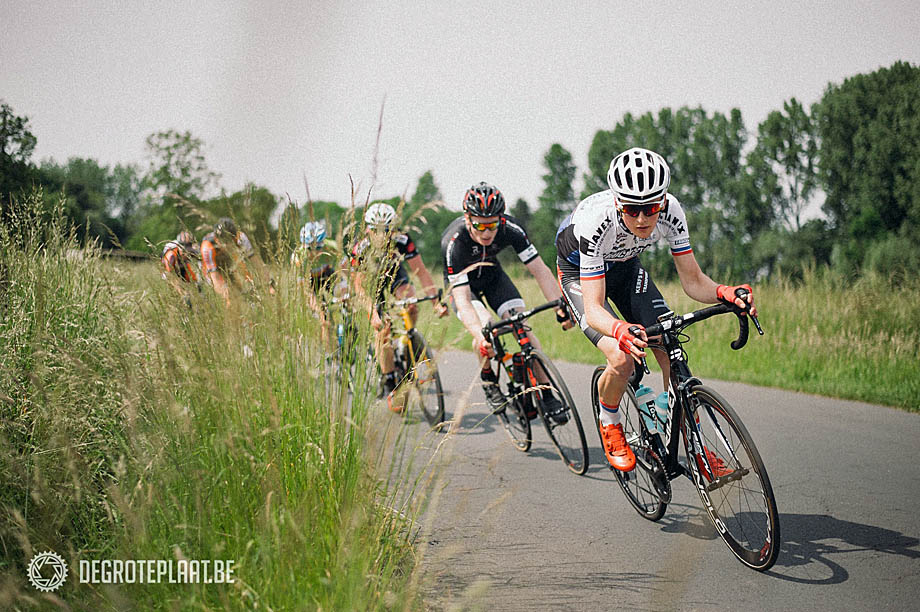 PEZ: How much freedom do you get?
It depends on the race, our DS always says we all get opportunities and it depends on how the race develops. If it’s a pan flat parcours I’ll probably be on domestique duties but if it’s a more attritional race then I get my chances – as in the Polynormande at the weekend.

PEZ: Next year?
The team has big ambitions to move up to pro continental, perhaps not next year but in the future. The team is based on a new concept, not relying solely on sponsors, that’s why it’s named BEAT ‘Cycling Club’ – it was originally a track team but the road team is going strong now too. You can join and subscribe just as a ‘tourist’ rider, we have 2,000 members now; the objective is to create a stable team environment which isn’t wholly dependent upon sponsors. 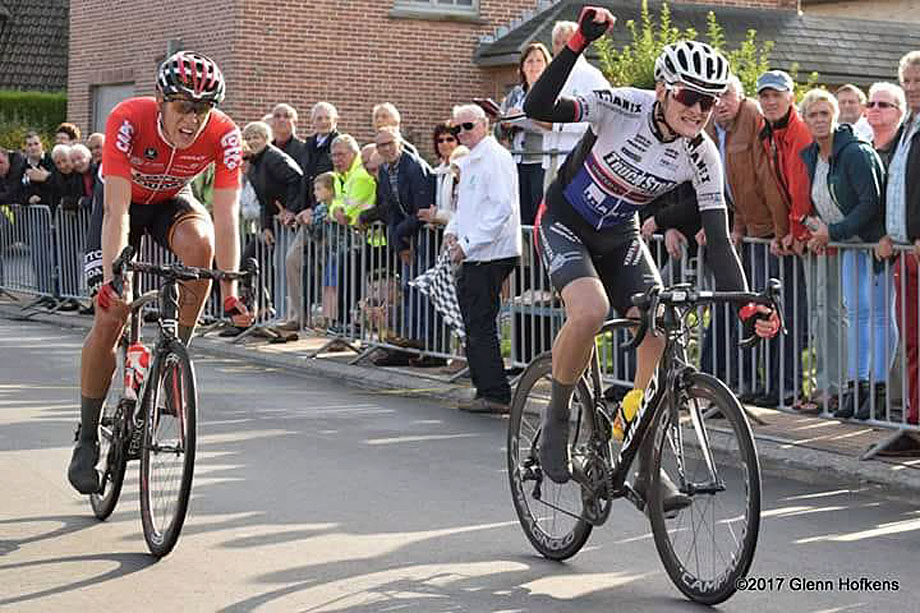 PEZ: Are you happy with progress this year?
Yes and no, I was happy with Rhodes but I’ve not had as many placing as I would like – I’d hoped for more. But I’m pleased with how I performed in the Polynormande. . .

# PEZ will be keeping an eye on Mr. Lewis’s results from now until the end of the season. More info on the ‘BEAT Cycling Club’ HERE. # 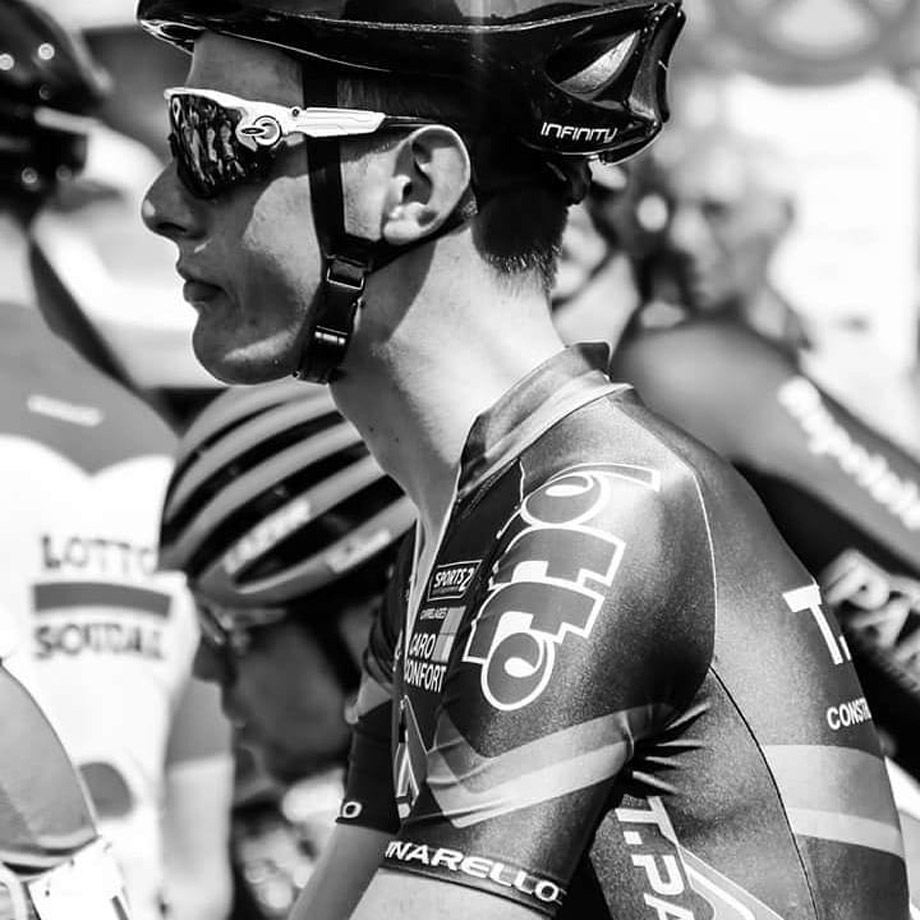 Thanks to all the photographers.