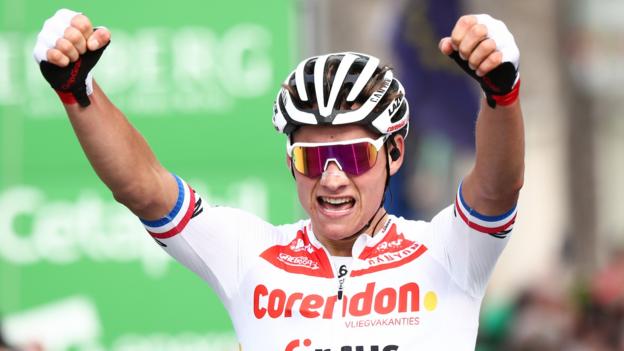 Dutch rider Mathieu van der Poel won the fourth stage of the Tour of Britain from Newcastle to Kendal to take the overall lead.

Italy’s Matteo Trentin had started the day with a seven-second lead at the top of the general classification.

But he now trails Van der Poel by one second with four stages to go.