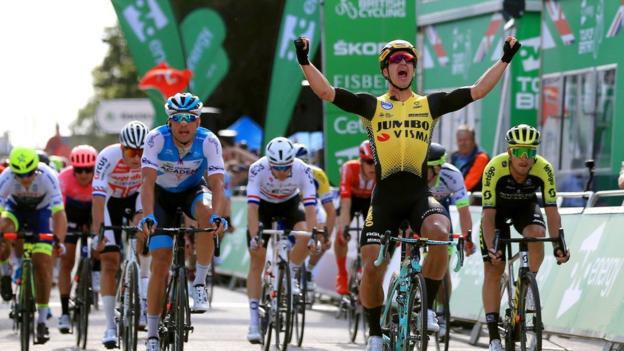 Dylan Gronwegen won a thrilling sprint finish to take victory on the opening stage of the Tour of Britain.

The Dutchman, 26, enjoyed his third stage win at the event as he beat Italians Davide Cimolai and Matteo Trentin to the line.

Gronewegen takes the race’s green jersey as the early leader.

The 201km stage from Glasgow to Kirkcudbright is the longest of the week-long event, which ends in Manchester on 14 September.

Stage two on Sunday is a 165km ride through the Scottish borders, starting and finishing in Kelso.