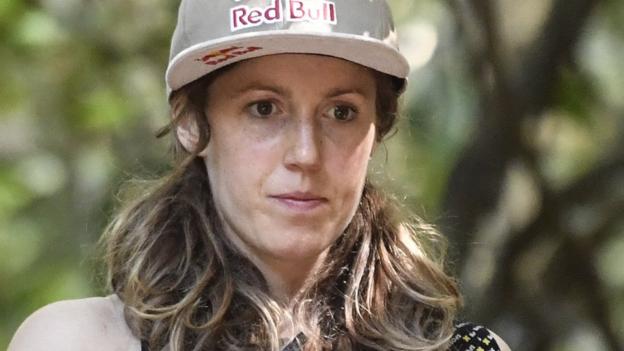 Britain’s Rachel Atherton will not defend her downhill mountain bike World Championship title in Canada after suffering an Achilles injury.

Atherton ruptured her Achilles tendon as she prepared for the World Cup round in Les Gets, France last month.

Tahnee Seagrave has returned from injury as the only Briton in the elite women’s race, while Danny Hart will ride in the elite men’s race.

Two-time world champion Hart is one of seven men selected in the elite race.

British Cycling announced its squad for the event in Mont-Sainte-Anne from 28 August-1 September on Monday.

“In the women’s event, it’s great to see Tahnee back from injury but similarly I know how disappointed Rachel Atherton is to miss out on defending her world champion title due to her injury,” said British Cycling’s Michael Vickers.

“Everyone at British Cycling wishes her a quick recovery.”

In the junior men’s event, national champion Luke Williamson will be joined by Jake Ebdon, Jamie Edmondson and Luke Mumford.