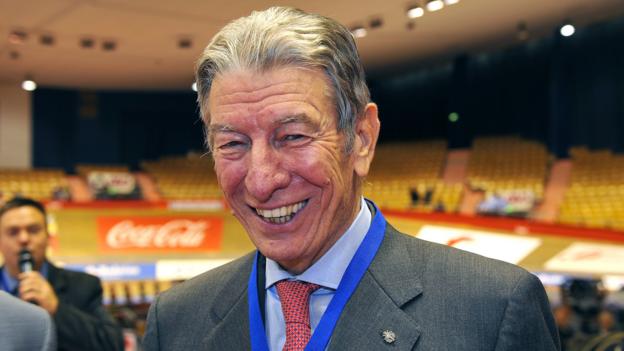 Italian cycling legend Felice Gimondi, one of only seven riders to have won all three Grand Tours, has died at the age of 76.

Gimondi suffered a heart attack while swimming in Sicily on Friday.

After a late call-up, he won the 1965 Tour de France in his first season as a professional at just 22 years old.

By winning the Giro d’Italia in 1967 and the Vuelta a Espana in 1968, he became the second cyclist after Jacques Anquetil to win all three Grand Tours.

“A great champion who made our sport more human has left us, a great man,” said the Italian cycling federation in a statement.

Gimondi won five Grand Tours in total, claiming further Giro titles in 1969 and 1976 before retiring in 1978. He won 14 Grand Tour stages – seven at the Tour, six at the Giro and one at the Vuelta.

He was also a prodigious classics rider, winning four ‘monument’ titles – cycling’s oldest and most prestigious one-day races – including both Paris-Roubaix and Giro di Lombardia in 1966, before a second Lombardia title in 1973 and victory in Milan-San Remo the following year.

Gimondi also won the 1973 world road championships in Barcelona, having previously claimed silver in 1971 and bronze in 1970.

Eddy Merckx, Bernard Hinault, Alberto Contador, Vincenzo Nibali and Chris Froome are the other five riders to have won all three Grand Tours.