Team Manager Interview: The Interpro Cycling Academy is a French/Japanese collaboration created in 2006 by a Frenchman, and a Canadian with the goal of developing relationships between the two countries. In 2017 the team received a UCI Continental licence and started competing in international pro races. Since then the team has raced in five continents. Ed Hood caught up with a very busy team general manager, Damien Garcia, at the Tour of Qinghai Lake in China for a chat about himself and the team. 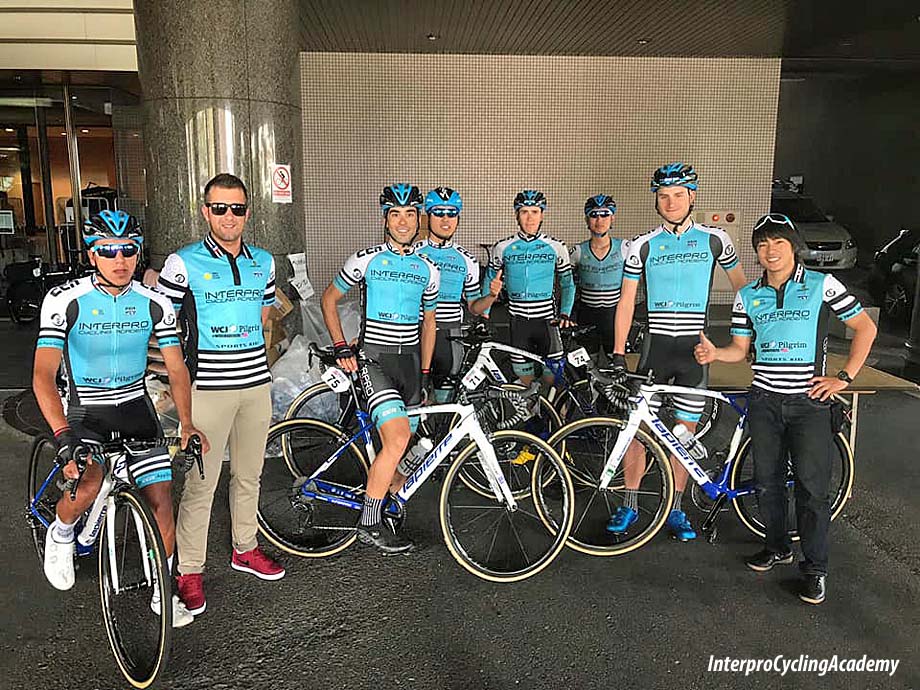 Whilst it’s a joy that Le Tour this year isn’t the usual procession, that make it even easier to forget that there ARE other races taking place on the planet. One such is the Tour of Qinghai Lake in China, now in its 18th year and one of the biggest bike races outside Europe.

Stage Four of this year’s race fell to Colombia’s Hernan Aguirre of the Interpro Cycling Academy continental team. It’s not a squad we were familiar with at PEZ, we did our homework and it transpires they’re a Japanese/French squad. ‘Interesting,’ we thought, best have a word. Team Manager, Damien Garcia spoke to us from high on the Tibetan Plateau. 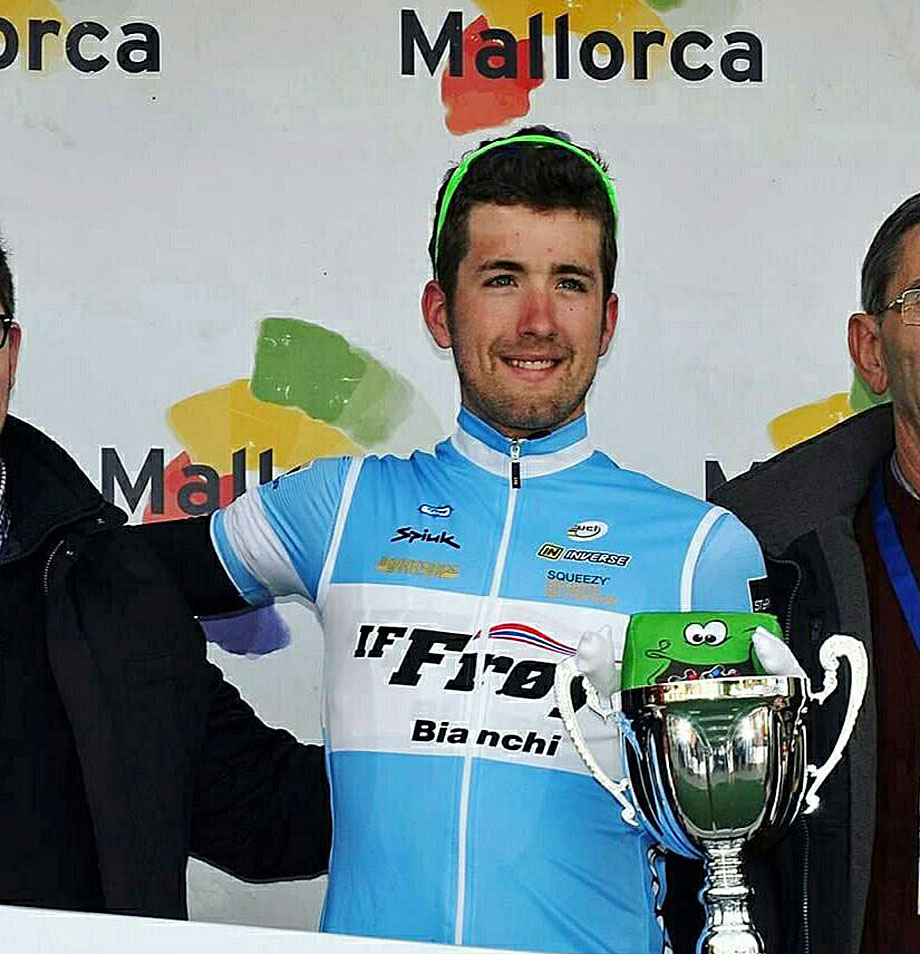 Damien Garcia on the Mallorca podium

PEZ: Tell us about your background, Damien
Damien Garcia: I’m French, 27 years-old. I was a rider for 10 years, the last four of them at the continental level. Unfortunately, I had a serious accident in 2017, that forced me to stop my career as a cyclist and since the end of 2017 I’ve been the general team manager of Interpro Cycling Academy. 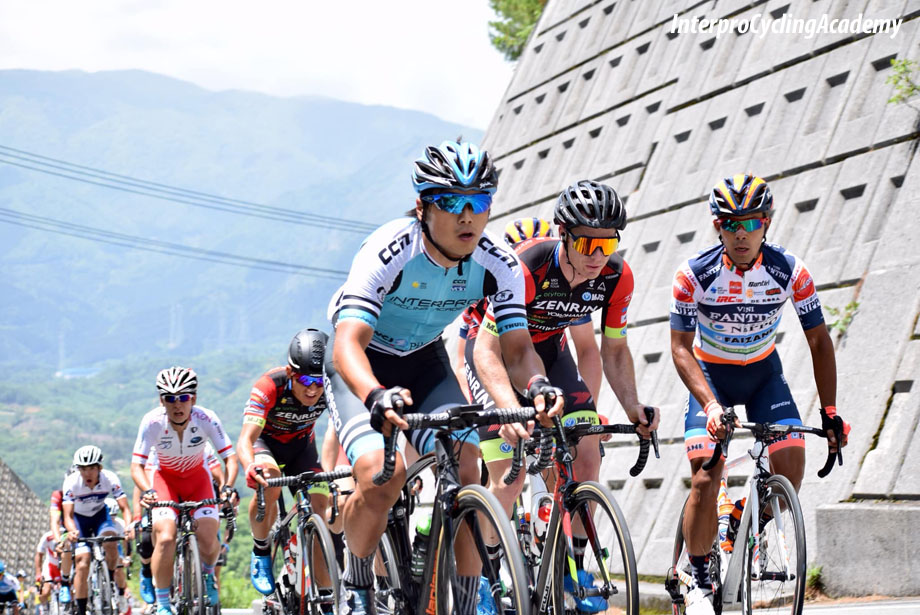 PEZ: How did the team come to be?
The team was created in 2006, the team was very limited in budget and amateur until 2017 season. The team participated in some small local races; but from the end of 2017 we tried to develop the project, to develop the international calendar, signed some good riders with a philosophy around young athletes and become registered at UCI continental level. 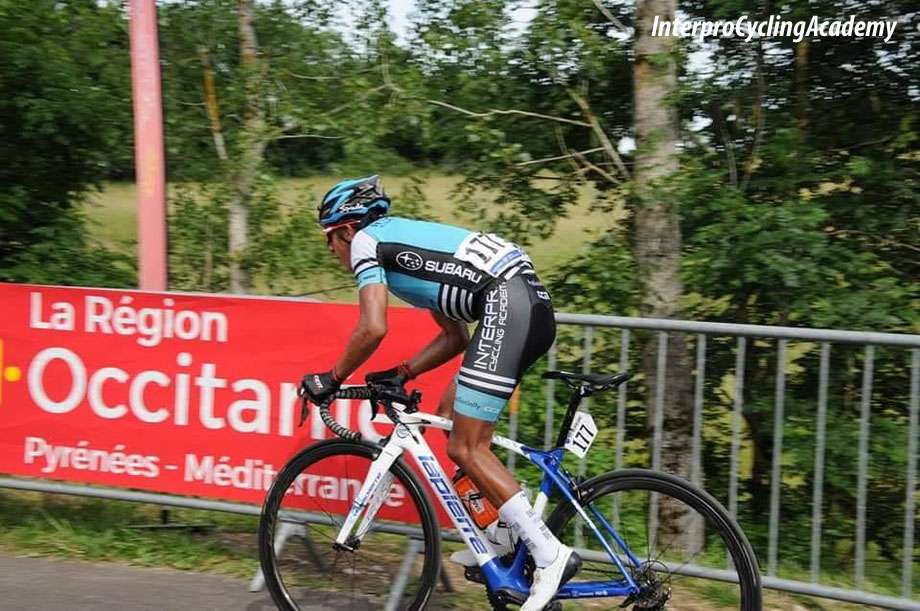 PEZ: What’s the team ethos?
The team ethos is about international riders from different parts of the world. Last year we had riders from five continents, this year from four continents. We want to promote young talented riders, develop and prepare them to go one day to the top level; that’s the goal for Interpro Cycling Academy right now. 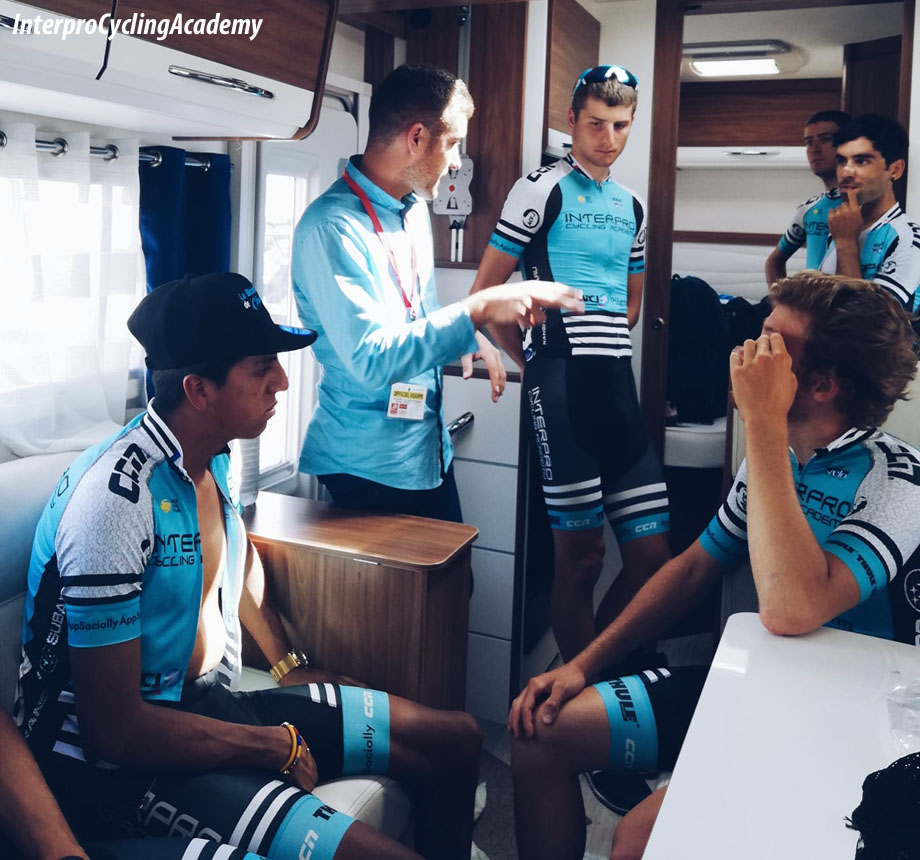 PEZ: French/Japanese – an unusual combination?
Yes, it’s a French – Japanese team. It was formed in 2006 in Japan by two francophone people with the goal of developing relationships between France and Japan, when the team was amateur. We keep this philosophy now; we still have half of riders francophone mixed Japanese, with three French riders, one Canadian and four Japanese out of our 16 riders. So it’s an International team – but we keep this ethos about French and Japanese connection. And nine of our riders are under 23 years old. 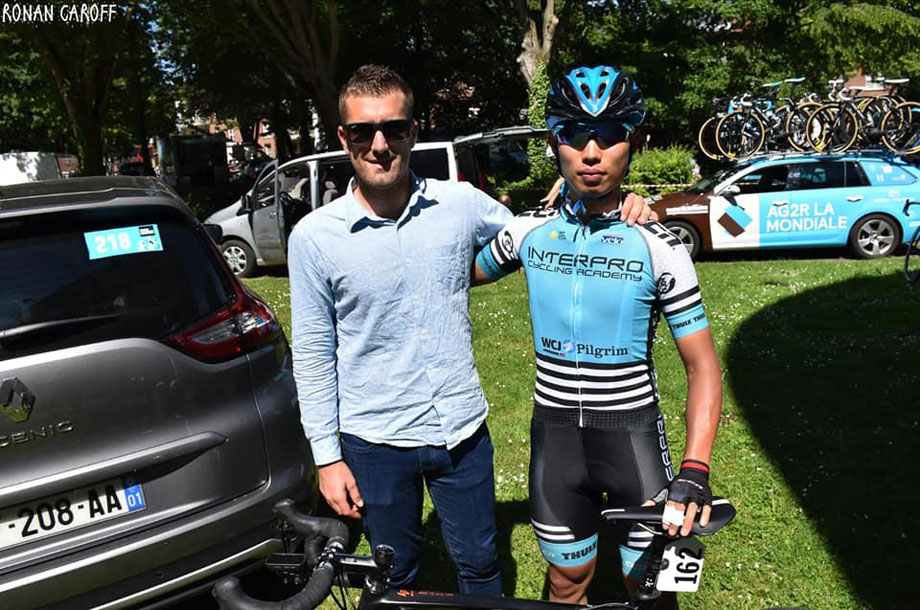 PEZ: It’s a very cosmopolitan roster, how do you recruit?
To recruit I take care over CVs and requests from riders, which I get almost every day, some rider agents also contact me. I try to see first the mind-set of the rider, because he must be able to adapt to the project, it is not easy to adapt to an international team, so first the rider must to be able to do this. Also, of course, I look at the rider’s palmarès a bit, their physical data, and what they can bring to the team as a rider and as a person. These items are very important for me. But the main target is always a young and talented rider. 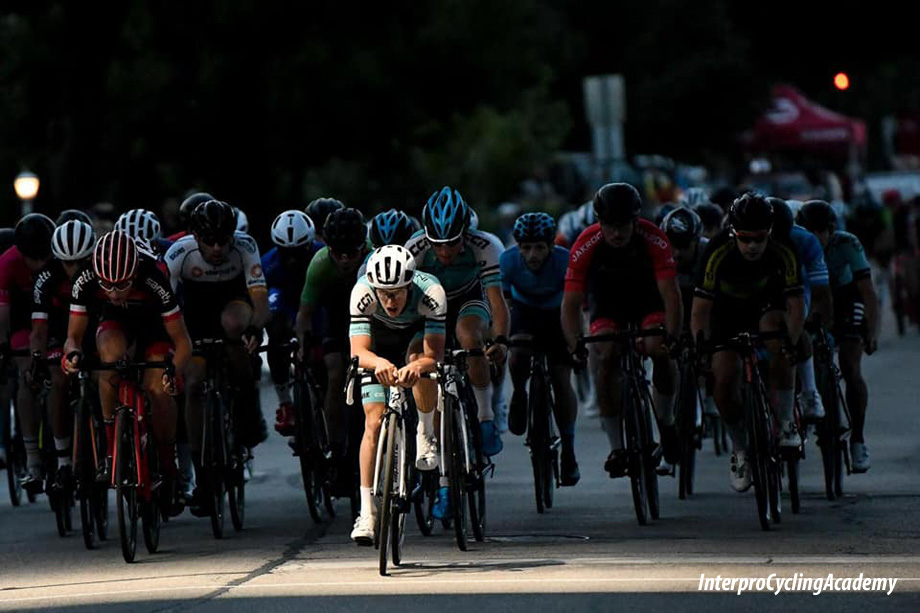 Interpro on the front

PEZ: Alex Saramotins is on the team – a real ‘old war horse,’ 16 years a pro and seven times Latvian Road Race Champion, how did you get him?
Alex Saramotins signed with Interpro in December last year, I contacted him because at that time I had signed his countryman Maris Bogdanovics, who told me that Alex was without contract – so we signed an agreement. The goal for this year for him was just to show his level and try to come back to his maximum results, but maybe it was a bit hard to him to adapt to continental level after the World Tour. 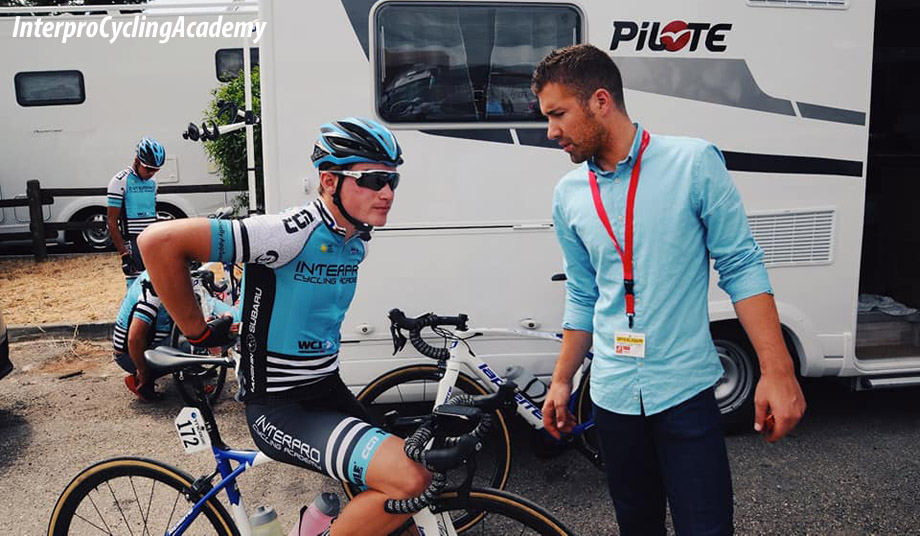 Another day, another race

PEZ: Where is the service course?
The service course is in Isles Jourdain, near Toulouse, south of France. That is a more easy and useful place to travel from when we have races in Europe – it’s easier for everyone. We also have a good support from one of the sponsors there – Culture Velo, so it is very comfortable for us. And the other official base of the team is in Iida, Nagano province of Japan. 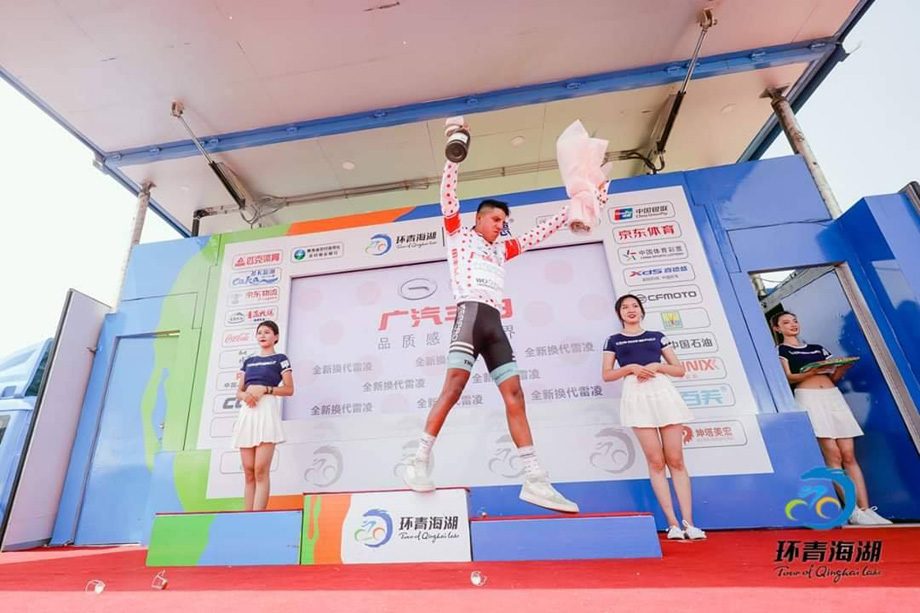 PEZ: How do you get rides – your programme looks good?
It’s the result of hard work every day to get more races and improve the program. If we compare it with last year, I think we are one of only a few continentals team riding most of the 2.1 UCI races, class one. It is priority for me to go quality races to develop our riders. Yes, it is a challenge every day to get invitations when you are a continental team, but I think at this time I cannot complain about our program and the invitations that we get. For example, last month we were racing at Route Occitanie in France with Team Ineos and riders like world champion Valverde and Rigo Uran. Gauthier Navarro and Evan Clouse are 19 years-old, it was great for them, racing against their idols. It was a wonderful experience for them and showed them a bit about what the next level is like. 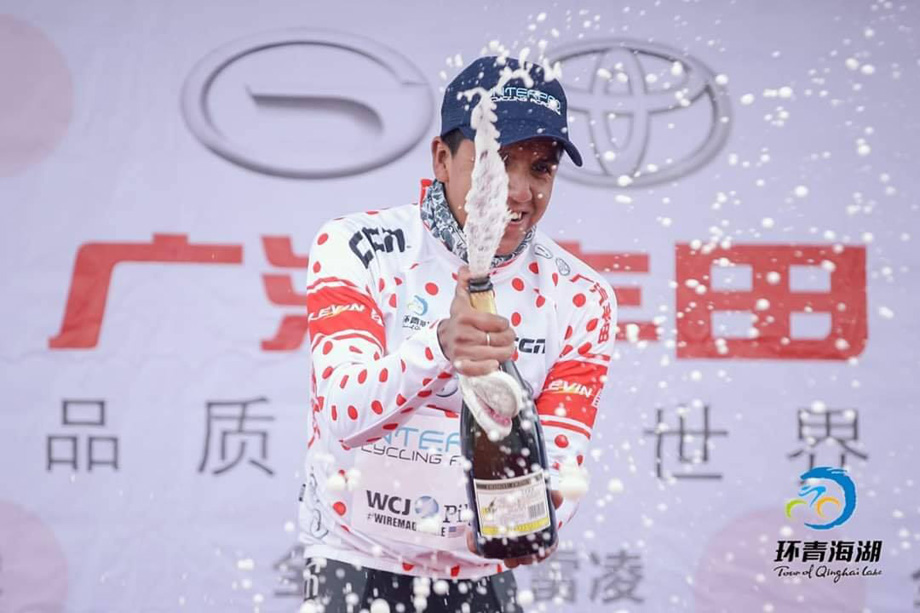 PEZ: Sponsors, I believe ‘stuff’ is relatively easy to get – cash less so. . .
For us, sponsors stuff is never easy to get. We have to fight every day to try to convince sponsors to invest in our team. The team is improving a lot every year, hopefully we’ll keep this momentum going for the future. The same as our riders out on the roads; for my part, I must fight every day to get more support and finances. I’m proud of those who helped the team at beginning and who still help us now. It’s more than a simple “Team-Sponsor” relationship. We became friend and whatever happens I will always be grateful to these people for what they have done. 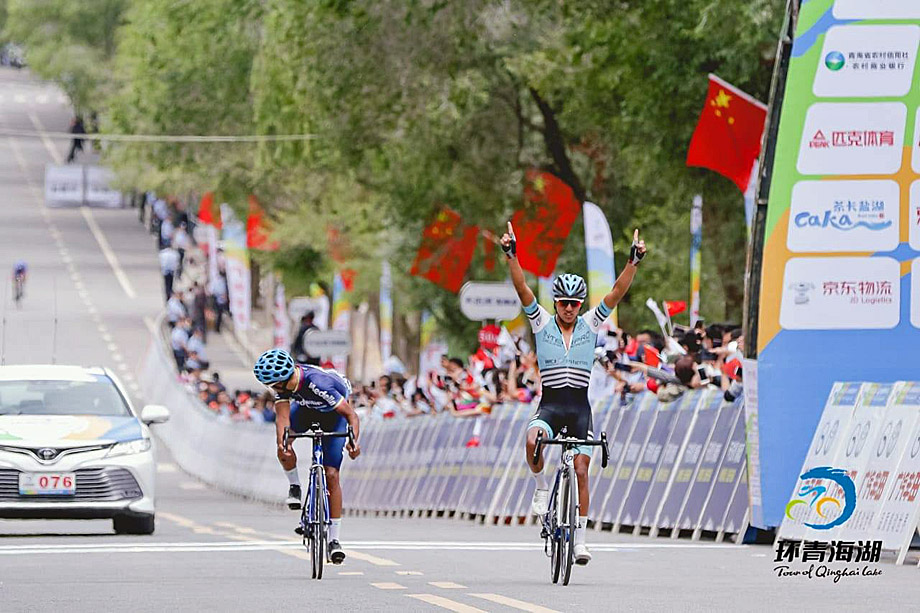 PEZ: Is Stage Four Qinghai your best win so far?
Stage four of Tour of Qinghai Lake was an amazing victory for Hernan Aguirre. We were very disappointed about our TTT ride in the first stage at Qinghai, and I think he showed he’s a champion – his victory was very important for the team. But I’m not sure that I can say that it was a best victory ever. Because the victory of Pablo Torres at the queen stage of Tour of Japan was also very important moment, this season. I think these wins are not similar, very different emotions, but the both victories are very important for us. 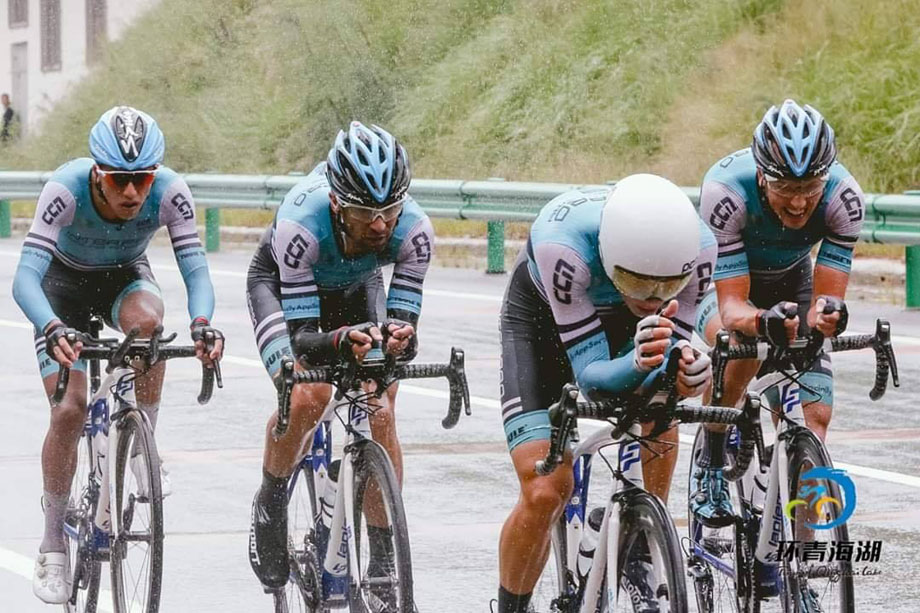 A very wet team time trial in the Tour of Qinghai

PEZ: Which races do you aspire to ride?
We don’t have a special race we aspire to do, but to improve the race schedule is a one of my goals, a goal of the team, to make our calendar more interesting every year. For example, comparing with last year, we jumped one step, doing some races in Europe like La Route d’Occitanie, Mont Ventoux, Tour of Bretagne, Tro-Bro Leon – more races in Europe. It is very important to keep this progression, because these races are televised, meaning the team gets exposure and obviously the sponsors like that. Also it is interesting for us to ride some u23 races, like Paris-Roubaix u23 that we did this year, but I would like also to improve these participations – the ‘Baby’ Giro d’Italia is a goal for the future for us. 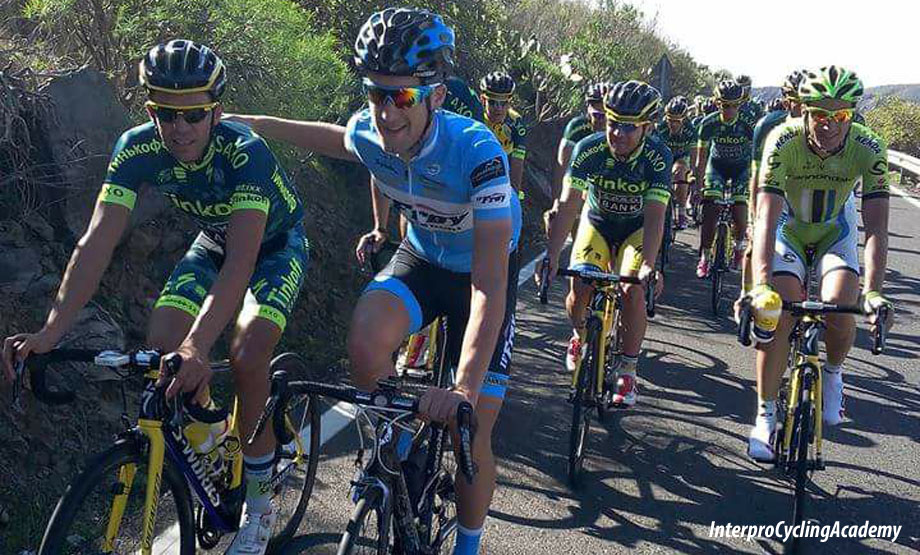 PEZ: And which result do you most wish for?
We wish this season for five victories for our team, hopefully, we will reach this goal, we already have three; the results are always improving with more than 40 top 10 in UCI races this season. As I said; I want my riders to develop and go to the top level of the sport, one day. 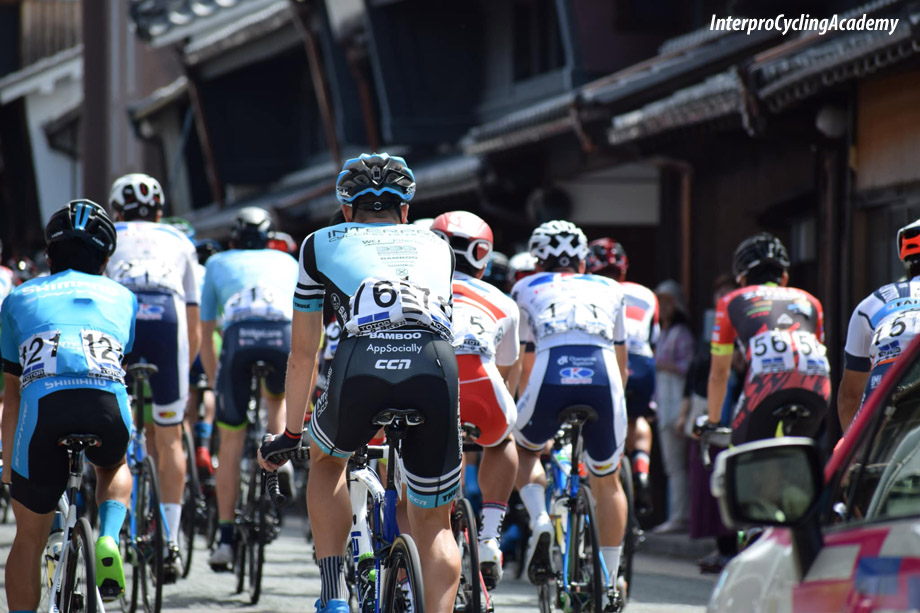