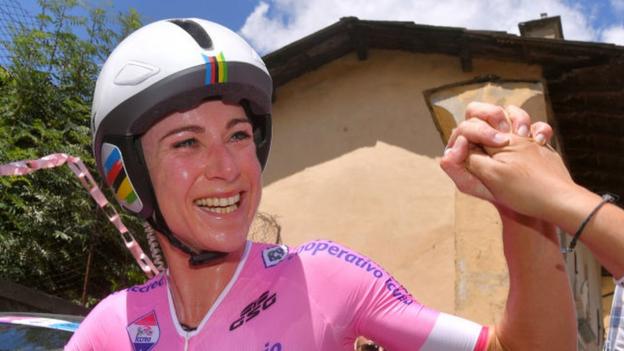 Defending champion Annemiek van Vleuten has opened up a commanding lead after winning stage six of the Giro Rosa.

The 36-year-old, who has won the last two time trial World Championships, added just over two minutes to the lead she claimed after winning stage five.

Van Vleuten attacked going into the final climb of stage five and was expected to stretch her advantage heading into the uphill time trail from Chiuro to Teglio.

She was the last rider out, two minutes after Niewiadoma, and passed the Pole, who was sixth on the stage, just before the finish.

Stage seven of the 10-day race is a 128.3km route from Cornedo Vicentino to San Giorgio di Perlena and features several steep climbs.

Van Vleuten said: “There are four super hard days ahead, but not many surprises for us. It’s not over until Sunday so I have to take it day by day and keep focused with my team.”