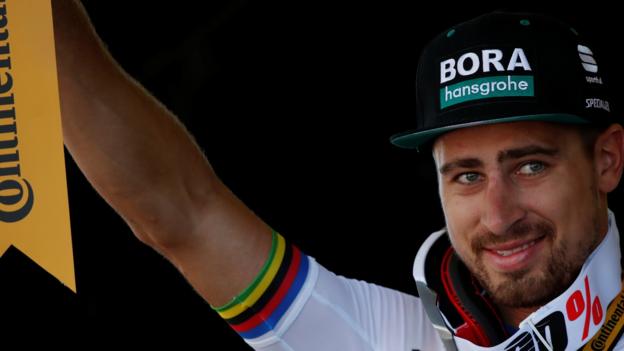 Peter Sagan secured his first win of this year’s Tour de France as he sprinted to victory on stage five.

Rui Costa made a late break on the hilly 175.5km route to Colmar but after he was hauled in Sagan was dominant as he took his 12th Tour stage win.

The Bora-Hansgrohe rider, 29, was followed home by Wout van Aert and Matteo Trentin.