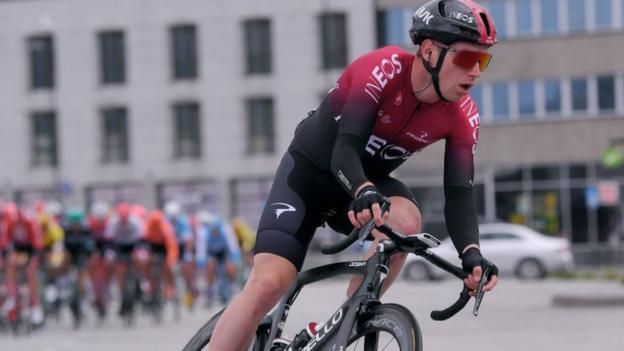 Ben Swift has won his first national road race title with victory at the British Championships in Norwich.

The 31-year-old Team Ineos rider powered past leader and team-mate Ian Stannard in the final two kilometres to take victory at Royal Sandringham.

“It feels good as I’ve been chasing the win for a number of years,” Swift said.

“I finished in all the other top five places so to eventually get this jersey, I’m really happy.”

Swift has endured a crash-ravaged season, which included a training collision with team-mate Geraint Thomas in February that left him in intensive care with a ruptured spleen.

The Rotherham-born cyclist, who succeeds his cousin Conor Swift as national champion, said: “It’s been a difficult season with the crashes.

“But I’ve got my rhythm and motivation back after the crash – it’s nice to keep the jersey in the family.

“I massively owe this win to Ian [Stannard] but we all went in there equally and he played his card early but it enabled me to sit and wait and it worked out perfectly.”