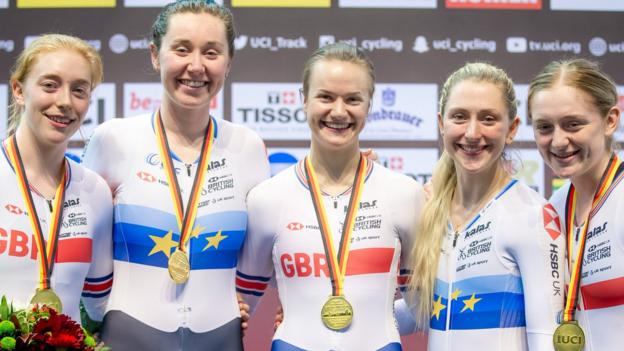 “We were behind with half a lap to go so to pull it out at the end we are super happy to win gold,” Nelson said.

The British trio edged ahead in the early stages, but the powerful Dutch line-up of Jeffrey Hoogland, Harrie Lavreysen and Nils van ‘t Hoenderdaal wrestled the gold medal.

The men’s team pursuit quartet of Ed Clancy, Charlie Tanfield, Kian Emadi and Ollie Wood were beaten in the quarter-finals by Australia.