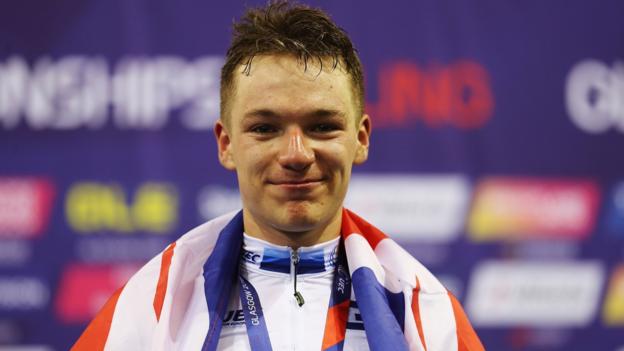 European omnium champion Ethan Hayter will miss this weekend’s Track World Cup in Berlin, Germany, after suffering a concussion after being hit by a car earlier this month.

The 20-year-old hopes to return for the London leg of the World Cup from 14-16 December.

He won World Championship team pursuit gold and two medals at the Commonwealth Games this year.

Writing on Instagram, Hayter said he was “not quite recovered”.

A 17-strong team will represent Great Britain in Germany with the event starting on Friday.