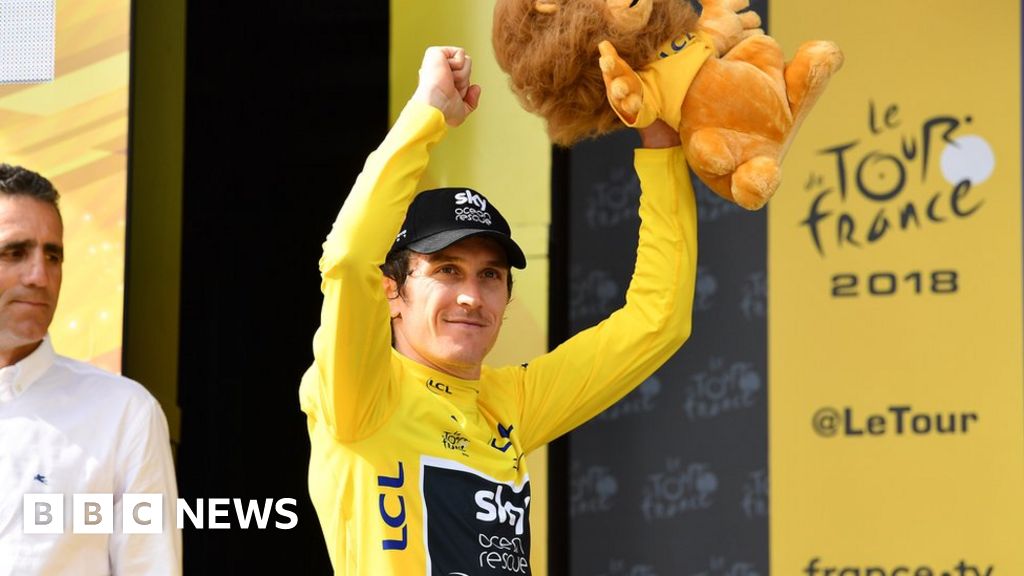 Wales is swapping the red and green of its flag for yellow – as Geraint Thomas is set to become the first ever Welshman to win the Tour de France.

The Cardiff cyclist just needs to cross the finish line in Paris on Sunday to be named the race champion.

Parts of Wales – including Cardiff city hall – will be lit yellow later to mark the remarkable achievement.

A stunning performance during the time trial on the penultimate stage on Saturday meant Thomas goes into Paris holding onto the yellow jersey, and nearly two minutes in front of nearest rival Tom Domoulin.

The cycling tour’s convention dictates that the wearer of the yellow jersey is never attacked on the final day – it is a procession for the tour winner.

“I’m really trying not to cry, it’s unbelievable. I tried not to think about it, just take it day by day. I’ve won the Tour de France man, I don’t know what to say.

“The last time I cried was when I got married and I don’t know what’s happened to me.”

Thomas will go down as one of the greats of Welsh sport, it has been claimed.

“He is an inspirational role model for future generations and is on the brink of cementing his status as one of the greatest Welsh athletes of all time,” said Secretary of State for Wales Alun Cairns.

The First Minister Carwyn Jones described it as a “fantastic achievement”.

“Wales will be cheering you on as you head to the finish,” he tweeted.

Cardiff Council has announced that City Hall will be illuminated yellow this evening in a nod to the yellow jersey Thomas has worn so often this Tour.

“We are so proud of Geraint’s fantastic achievement we’ve decided to illuminate City Hall in yellow on Saturday and Sunday to mark this landmark victory for Welsh sport,” said Cardiff Council leader Cllr Huw Thomas.

“Geraint is a great ambassador for his home-city and an inspiration to young people thinking of taking up a particular sport professionally, or for leisure.”

The Welsh Assembly’s Presiding Officer Elin Jones tweeted to say the Senedd in Cardiff Bay would also be illuminated yellow.

And it seems Thomas has already started celebrating – with a pack of Welsh Cakes.