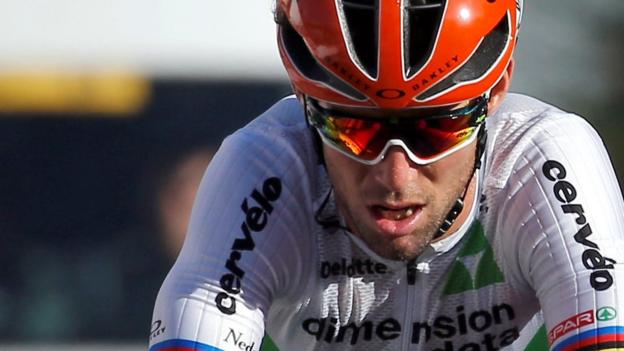 The Dimension Data rider, 33, was not allowed to continue in the Tour after finishing more than 30 minutes outside the cut-off time on stage 11.

Cavendish said: “I’m delighted to be able to get back racing so quickly.

“In the last two years the race has come down to a sprint on The Mall and if it does so again this year I’m sure it’ll be a spectacular sprint finish.”

Cavendish was expected to be chasing a fifth win of the Champs-Elysees stage when the Tour reaches its conclusion in Paris on Sunday.

Instead he will be on the other side of the English Channel, taking on fellow sprinters Caleb Ewan (Mitchelton-Scott), Elia Viviani (Quick-Step Floors) and Michael Matthews (Team Sunweb).

“I’ve not raced in the event since it was awarded UCI WorldTour status but I was there watching last year and it has grown into a fantastic race,” added the Manxman, who has won 48 Grand Tour stages – 30 at the Tour.

Cavendish won the precursor to this race – the London-Surrey Cycle Classic in 2011 – when it was used as a test event for the 2012 Olympics road race.

This year’s 183km race is much shorter than the Olympic route, but still features Leith Hill and Box Hill.

Alexander Kristoff won last year’s race but the Norwegian will not be in London to defend his title because he is racing in the Tour for UAE Team Emirates.

A weekend of classic cycling

The RideLondon Classique – which offers the biggest prize pot for a women’s one-day race – takes place on Saturday, starting at 17:00 BST.

The UCI WorldTour race takes place on a 5.4km circuit in central London and has a prize pool of 100,000 euros.